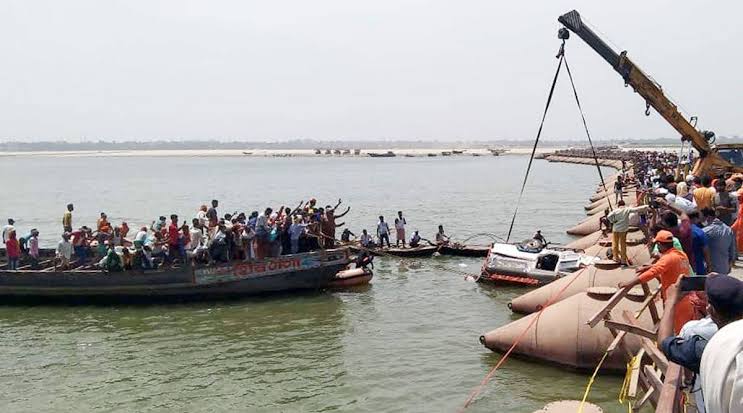 Patna: Nine persons were killed after a jeep plunged into the Ganga river from the Pipa bridge in the Danapur police station area adjacent to state capital Patna on Friday.

Many persons are reported to be missing. A police official said a group of people were returning to Danapur in a jeep on Friday morning after attending a wedding. Suddenly the person driving the jeep lost control over the vehicle at Pipa bridge and it fell into the Ganga.

According to eyewitnesses, more than 15 persons were in the jeep.