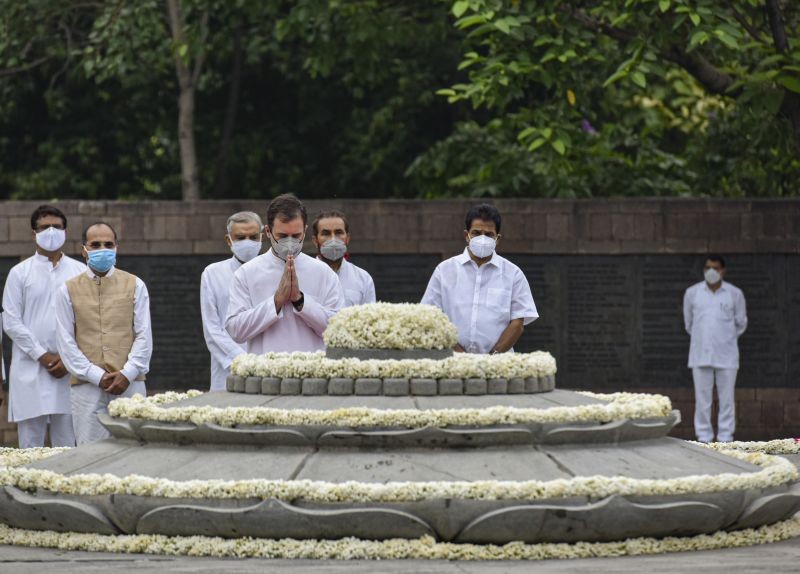 Earlier on Friday, Rahul Gandhi paid floral tributes to his father at Veer Bhumi. In a Facebook post he said, “A secular India alone is an India that can survive. Remembering Rajiv Gandhiji on his birth anniversary.”

Later, the former Congress President participated in a programme organised at the IYC office here and unveiled Rajiv Gandhi’s statue.

Rahul Gandhi participated in the photo exhibition organised by the IYC based on the life of his father. The IYC also organised blood donation camps at the party office in Delhi and across the country.

The birth anniversary of Rajiv Gandhi is celebrated as “Sadbhavna Diwas”. He was born on August 20, 1944, and was India’s sixth Prime Minister. Rajiv Gandhi assumed charge after the assassination of his mother and then Prime Minister Indira Gandhi in 1984.

Born to Feroze and Indira Gandhi, Rajiv Gandhi was assassinated on May 21, 1991, during a public rally in Tamil Nadu’s Sriperumbudur near Chennai. He was posthumously awarded India’s highest civilian award — Bharat Ratna.