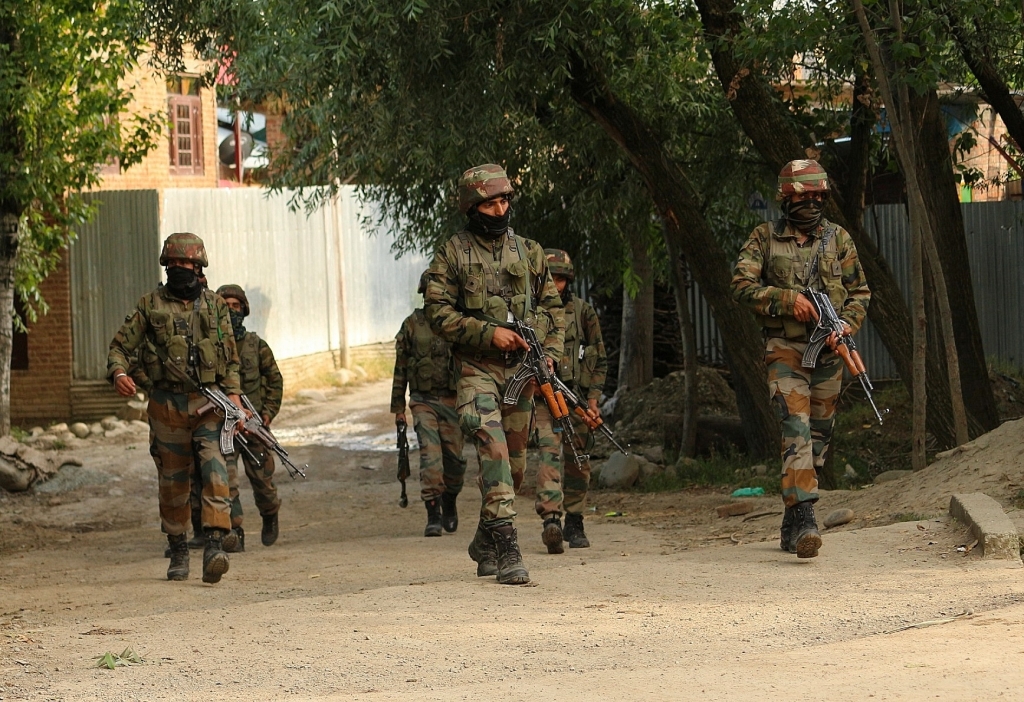 Srinagar : Two terrorists have been killed in an ongoing encounter between militants and security forces at Khrew in Pampore area of South Kashmir’s Pulwama district, officials said on Friday.

The army said that its Rashtriya Rifles Battalion received information from the SSP of Awantipora about the presence of two terrorists in the Khreuh area.

“The Battalion launched an operation at 1 a.m. on Friday, along with the J&K Police,” the army said.

“They drew heavy volume of fire from terrorists hiding in the village at 2.40 a.m. The security forces quickly isolated the house, ensuring that other innocent civilians were not caught in the cross-fire.”

The army said the terrorists were repeatedly asked to surrender, but they refused. Intermittent exchange of fire continued throughout the night.

One slain terrorist has been identified as Musaib Mustaq Bhat, a resident of Kheruh belonging to the Hizbul Mujahideen. The identity of the other is yet to be ascertained.

“Bhat was involved in untold atrocities on local people, including the killing of Javid Ahmed Malik, a government employee, on July 23 at Luragam,” the army said.

One AK-47, one pistol and other warlike stores were recovered from the terrorists.