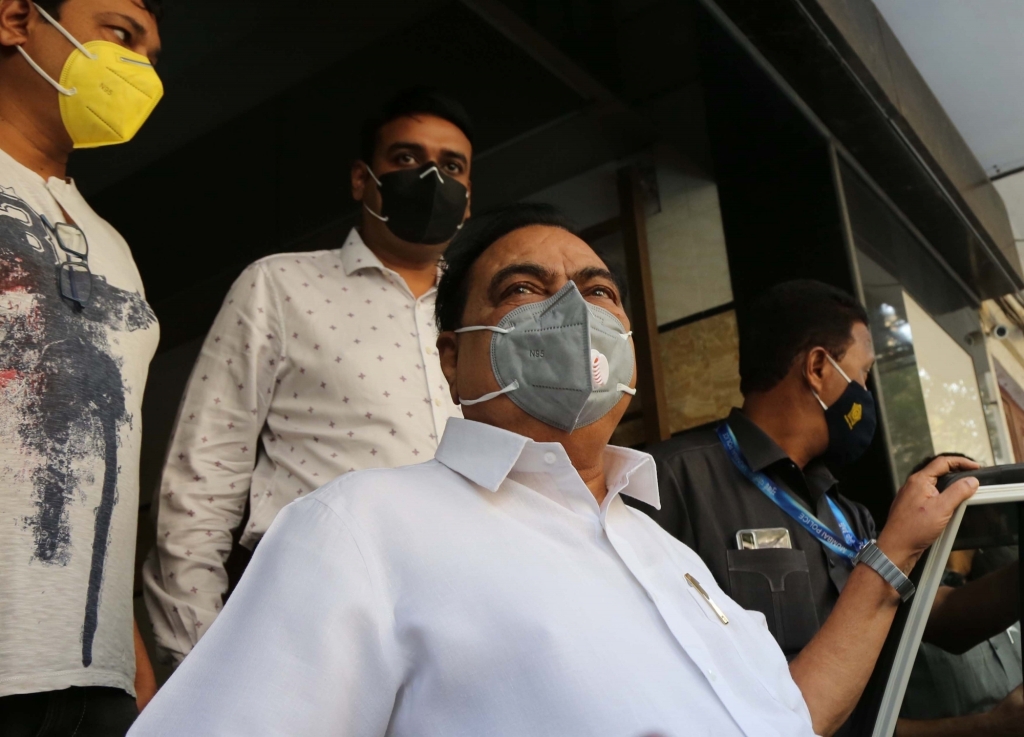 The ED has named Khadse, his wife Mandakini, son-in-law Girish Chaudhary, a former government sub-registrar Ravindra Muley and a realtor Benchmark Buildcon Pvt. Ltd., in the deal that was effected in 2016.

Earlier in April 2017, the state Anti-Corruption Bureau (ACB) had lodged a case against Khadse following a complaint by an activist Hemant Gawande who claimed irregularities in the Bhosari MIDC land deal which led to a huge loss to the exchequer.

The complainant contended that when Khadse was the Revenue Minister in the erstwhile Bharatiya Janata Party-led government, he had allegedly pressurized government officials to clear the land deal.

While Khadse was forced to quit as minister in June 2016, a judicial commission headed by retired Justice Dinkar Zoting was set up to probe the matter.

After the ACB case, the ED lodged a complaint and summoned Khadse and others in December 2020, while his son-in-law Chaudhary was arrested in July. The central agency also questioned other officials involved in the controversial transactions.

The ED said that the land sale deed was executed in the name of Mandakini Khadse and Chaudhary at Rs 3.75 crore by the owner Abbas Aqani, and the amount was much lower than the prevailing market valuation of over Rs 31 crore.

The transaction was intended to get compensation of thrice the market rate of the plot from the MIDC for which Khadse allegedly misused his powers as a minister.

The ED probe also said that they allegedly used Benchmark Buildcon Pvt. Ltd to launder Rs 2 crore to Chaudhary and it found several shell companies used to route the funds.

Later, the ED attached assets, properties and bank accounts of the Khadse couple and Chaudhari, in Pune and Jalgaon districts.

Khadse was summoned and questioned by the ED in January and July, but his wife has skipped the summonses on health grounds.

Meanwhile, after remaining in the political wilderness for over six years, Khadse joined the NCP in October, 2020.