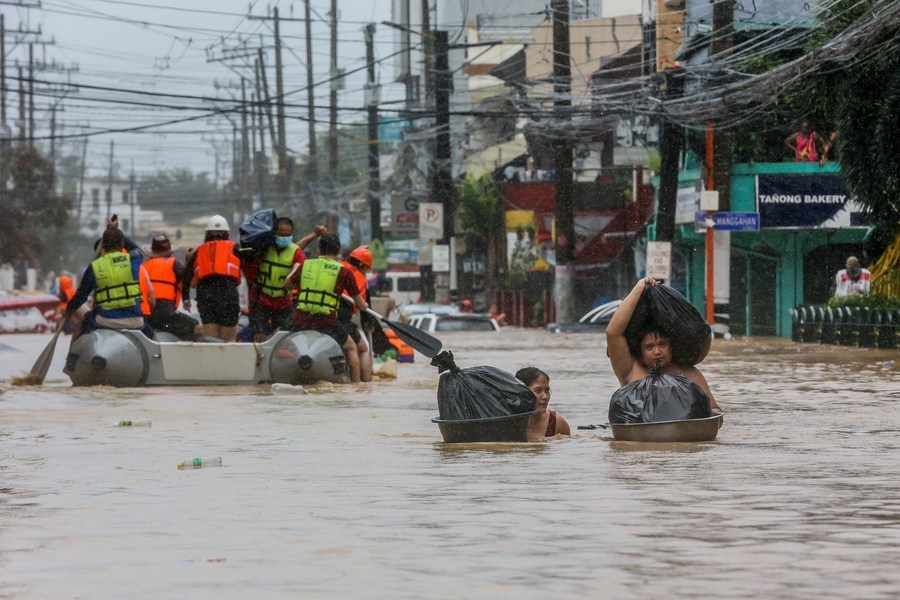 Manila: Authorities in the Philippines have evacuated more than 15,000 people in Metro Manila and some other parts of the country amid a flood threat, a disaster management official said on Saturday.

The NDRRMC reported that authorities also evacuated nearly 1,800 residents in three towns in Rizal province, east of Manila, due to flood threats, adding that some residents in Mindoro province have also been evacuated.

Days of rains flooded Metro Manila and many parts of the country this week.

The southwest monsoon will bring “heavy to intense with at time torrential rains” in the next 24 hours, the state weather bureau warned in its latest bulletin.

“Scattered to widespread flooding and rain-induced landslides are possible during heavy or prolonged rainfall, especially in areas that are highly or very highly susceptible to these hazards,” the bureau said.