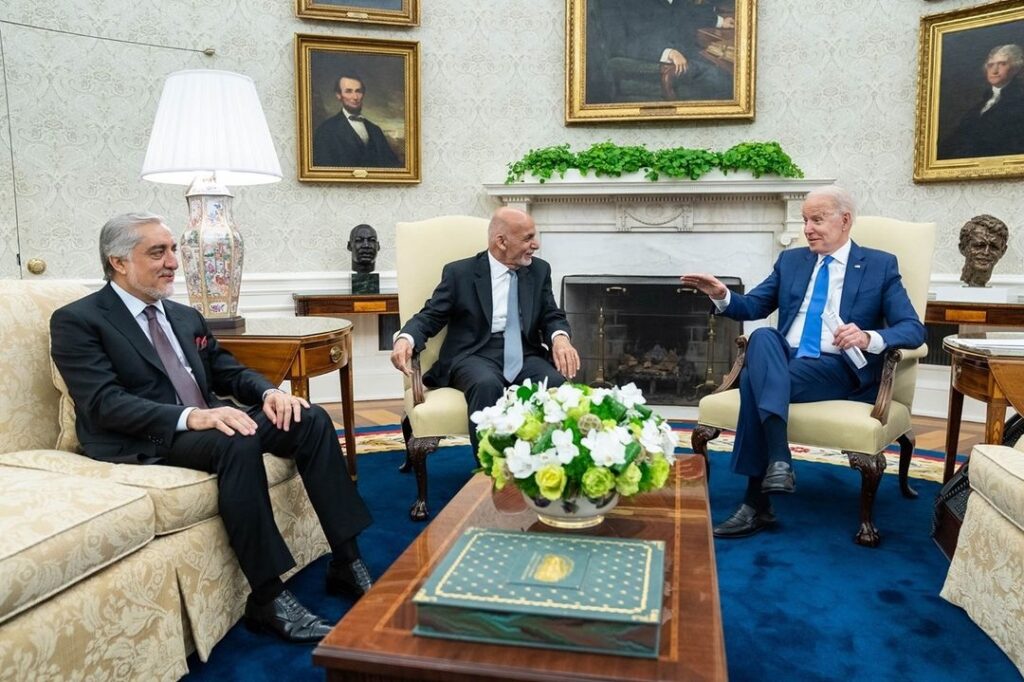 Washington,  During a phone call with his Afghan counterpart Ashraf Ghani, US President Joe Biden reaffirmed Washington’s support for Kabul as fighting has escalated in the war-torn country since the withdrawal of American forces began in May.

According to the White, the two leaders on Friday discussed the present situation in Afghanistan and reaffirmed their commitment to an enduring bilateral partnership.

“President Biden emphasized continued US support, including development and humanitarian aid, for the Afghan people, including women, girls, and minorities,” it said.

Biden and Ghani also agreed that the “Taliban’s current offensive is in direct contradiction to the movement’s claim to support a negotiated settlement of the conflict”, according to the White House.

The US leader also reaffirmed Washington’s commitment to continue supporting the Afghan security forces to defend themselves.

The White House further said that the planned $3.3 billion of security assistance for Kabul in fiscal year 2022 would prioritise capabilities of the Afghan Air Force, key supplies, and salaries for Afghan troops.

In a tweet on Saturday morning, Ghani said: “President Biden reassured me that support for the Afghan National Defense and Security Forces (ANDSF) will continue. We have confidence that they will protect and defend Afghanistan.

“We stressed on the importance of the Afghans coming together for peace and security. And reiterated the enduring partnership, continued diplomatic and economic support for the Afghan government, security forces and the importance of preserving the gains of the last 20 years.”

The call came amidst a sharp rise in violence as Taliban militants have continued to wage a war against government forces and gain ground since the drawdown began on May 1.

Over 200 districts, including some key border towns, have fallen to the Taliban in the last two months.

But the government has assured to retake the districts, especially the border towns in Herat and Kandahar provinces.

Biden had ordered the US military to end its mission in Afghanistan by August 31, days ahead of his original September 11 deadline.

US Central Command said last week over 95 percent of the withdrawal had been completed.