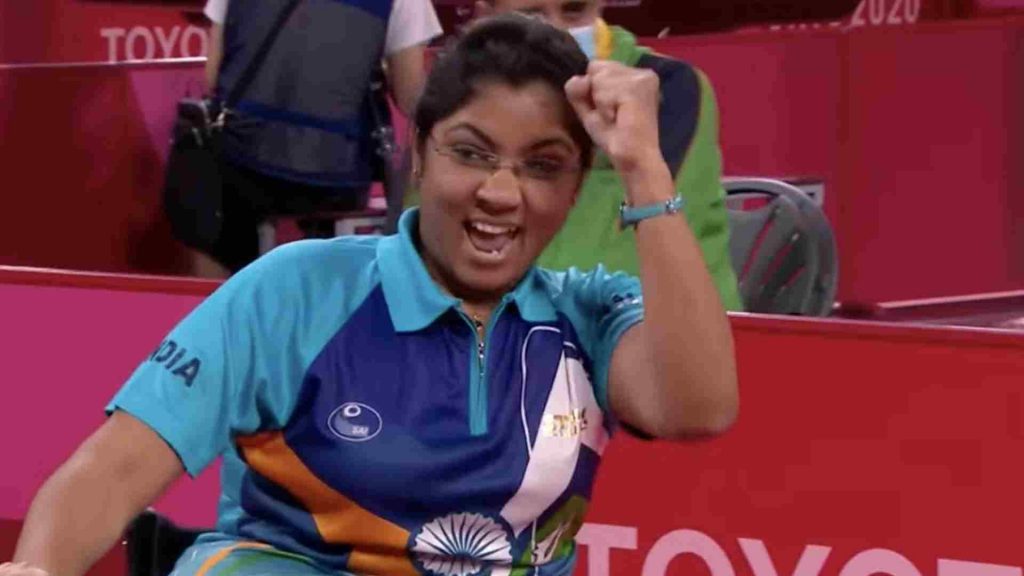 Tokyo: India’s Bhavina Patel kept alive her hopes of winning a medal in table tennis at the Paralympic Games by making it to the quarterfinals of Women’s Singles Class 4 on Friday.

Though Oliveira took Bhavina to extra points in the first two games, the Indian was always in control of the match as she served well. Bhavina won 19 points on her serve and lost 13.

The 33-year-old from Ahmedabad, Gujarat, who developed an impairment in her legs due to polio at a young age, had to come back from a points deficit in all three games and kept her composure as the Brazilian paddler attacked. He had the biggest lead of five points in the third game but by that time Oliveira’s fight was as good as over.

In the quarterfinal, Bhavina will take on Borislava Pankovic Peric of Serbia later in the day.