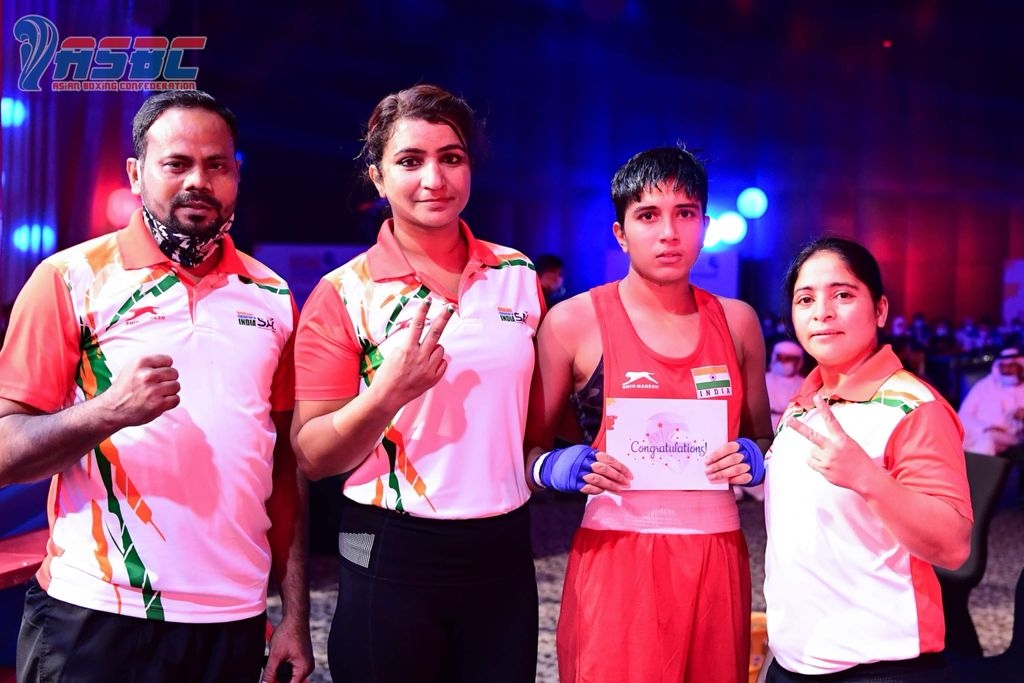 According to information received here, Indian girls put up brilliant performances on the seventh day of the competition as they dominated their respective opponents during their flawless show.

Playing in the 48kg semi-final, Vishu started the proceedings for India in an aggressive style against Mongolia’s Otgonbat Yesunkhuslen as she landed some heavy blows and quickly took the charge of the bout. Her attack was so strong that the referee had to stop the contest in the first round itself and declare the Indian as the winner.

Meanwhile in the boys’ section, Ashish (54kg) and Anshul (57kg) suffered defeats in their respective semi-finals and ended with bronze medals.

In the junior boys’ category, Rohit Chamoli (48kg), Gaurav Saini (70kg), and Bharat Joon (+81kg) have already advanced to the finals while Ankush (66kg) claimed bronze with his semi-final loss.

The final matches of the junior categories will take place on Sunday.

On the eighth day of the prestigious continental event, in which both the age groups — junior and youth — are being played together for the first time, five Indians will fight in the youth semi-finals.

Among boys, the 2021 Youth World Championships bronze medallist Bishwamitra Chongtham (51kg) will be in action along with Vishvanath Suresh (48kg), Jaydeep Rawat (71kg), and Deepak (75kg) while Lashu Yadav (70kg) will comp’te in the girls’ Last-4 stage.