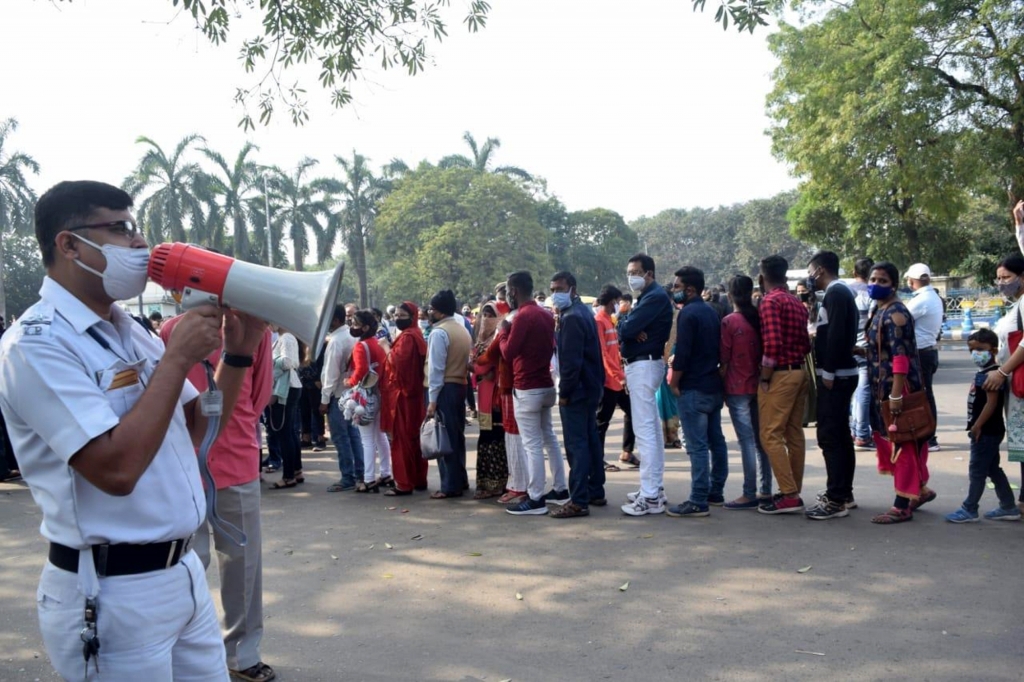 Kolkata : Though the daily Covid infection rate is increasing leaps and bounds in West Bengal with the most infected in the capital city, the state government is likely to impose curbs in phases, and is unlikely go for a total lockdown.

According to a senior official of the state government, though the daily rate of infection is high, but it is not alarming. “There is no pressure on the hospitals and there is no report of Oxygen shortage in the state. Naturally the government is trying to keep a close watch on the development and will impose restrictions when needed,” the official said.

Meanwhile, state power minister Aroop Biswas has tested positive and is advised to stay in home isolation. According to the data available, the daily infection rate has touched 4,000 which was below 1,000 at the start of the week.

The steady rise of cases is a cause for worry and the state administration has cancelled all the programmes scheduled for next week including two programmes of Trinamool Congress itself. “The chief was supposed to hold ‘Chhatra Soptaho’ (Students Week) at Netaji Indoor Stadium on Monday but that has been cancelled. Similarly, the programmes of Duare Sarkar (Government at the doorsteps) and Duare Ration (Ration at the doors) – which were supposed to be held in different districts next week — have been suspended,” an official said.

Top level sources in the state secretariat indicated that the government will not impose any lockdown or strict restrictions right now but will definitely stop people from gathering. “The train, bus or metro service will not be cancelled immediately. We will step up the restrictions in phases if needed,” the official added.