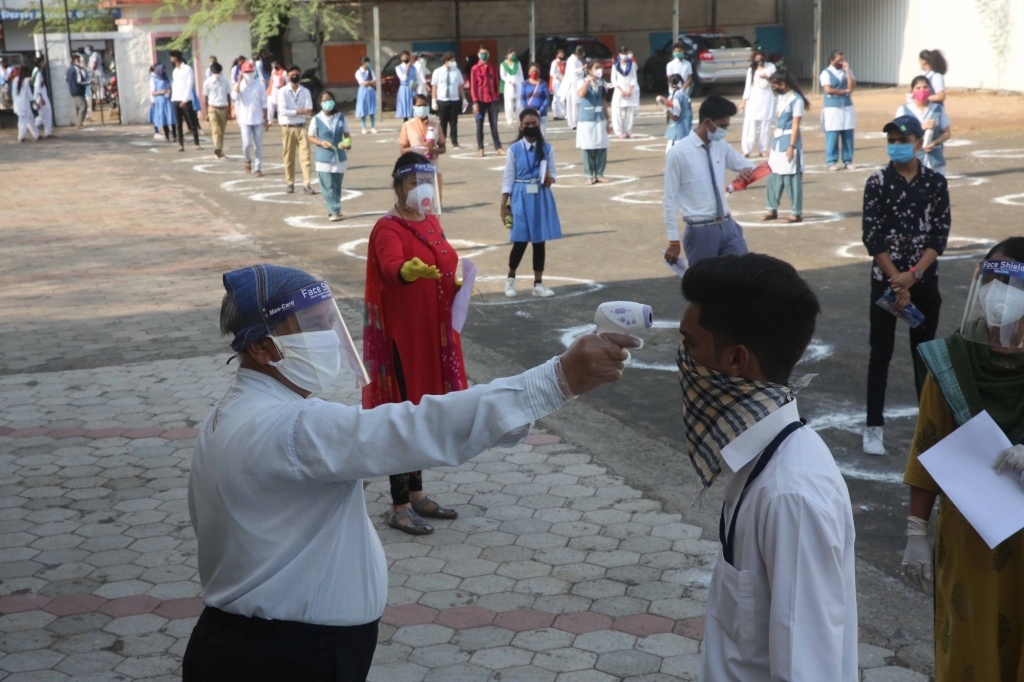 Bhopal : With 124 new Covid-19 cases reported in the last 24 hours, Madhya Pradesh joined the list of states reporting over 100 cases daily. According to the state government’s data, out of the total, 62 cases were reported in Indore alone while the capital city Bhopal registered 27 new cases.

The other districts where new Covid cases were reported are – Jabalpur (8), Ujjain (6), Khargone (4), Hoshangabad (3), Shahdol (3), Narsinghpur (2), Ratlam (2), while one case was reported in each district of Khandwa, Rajgarh, Betul, Chhindwara, Gwalior, Sagar and Vidisha.

With this the tally of active cases in Madhya Pradesh has reached close to 500 (497). However, no Covid related fatality was reported in the state in the last 24 hours. The daily positivity rate was reported at 0.2 per cent

The state government said that the vaccination for 36 lakh school children in the 15-18 age group in Madhya Pradesh will begin from Monday, with plans afoot to administer doses to 12 lakh beneficiaries in this segment on the first day.

As per the government, there are 36 lakh registered school children in the 15-18 age group in the state and the vaccination drive for them will start from January 3.

“We have plans to administer doses to 12 lakh children on Monday. The state had earlier set a record of 30 lakh doses in a single day. However, with children we can’t be hasty. After covering school children, we will target school dropouts,” said state Immunisation Officer Dr Santosh Shukla.

Meanwhile, Shukla said 98 per cent of eligible beneficiaries, or 5.22 crore out of 5.49 crore, have got the second dose of the vaccine in the state.