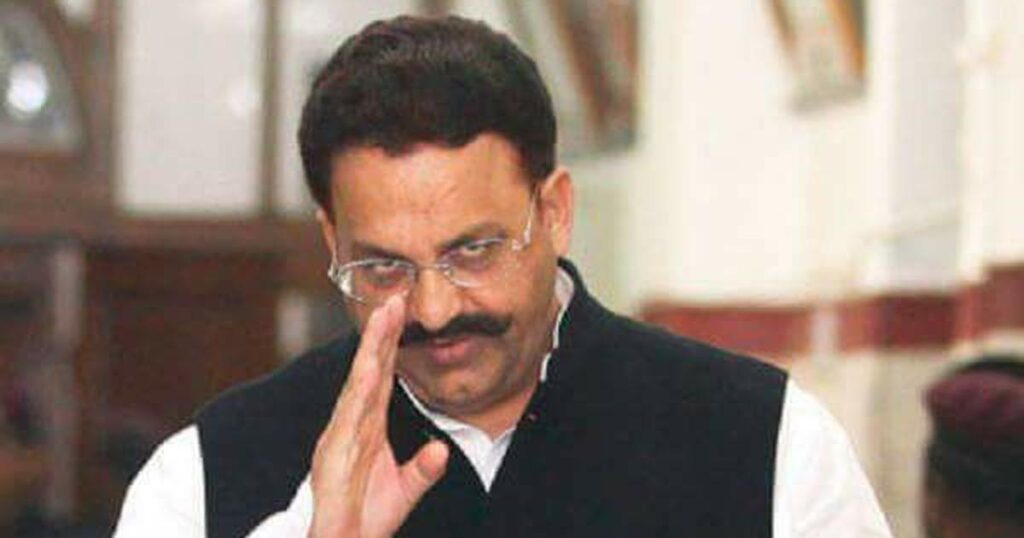 Barabanki (Uttar Pradesh) : Bahujan Samaj Party (BSP) MLA and mafia don Mukhtar Ansari, has expressed apprehension of threat to his life inside the Banda jail where he is presently lodged.

Mukhtar expressed his fear during a virtual appearance in the MP MLA Special Court in Barabanki on Thursday.

Mukhtar’s lawyer Randhir Singh Suman told reporters that Ansari told the special court that he could be killed by poisoning.

It may be recalled that in 2018, when Mukhtar Ansari was lodged in the Banda jail, he and his wife had fallen sick after consuming tea served to them. Both were hospitalised.

Mukhtar was appearing in a case registered in connection with forged documentation related to registration of an ambulance that he used in Ropar, Punjab.

After investigation, the Barabanki police had named Mukhtar along with Alka Rai and 12 others in the case. The next date of hearing is October 7.