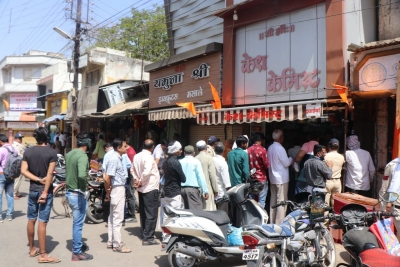 Bhopal, The state administration has decided to lift all restrictions that were imposed under section 144 after it claimed that the situation in the city has returned to normalcy .Decision to lift prohibitory orders was taken on the basis of reports during meeting attended by officials of district administration, peace committee

This statement was made by the Khargone district administration on Wednesday, hours after the Eid-ul-Fitr and Akshaya Tritiya celebrations were over.

The decision to lift the prohibitory orders was taken on the basis of reports during a meeting attended by officials of the district administration and the peace committee (comprising members of all the communities).

“The administration on Wednesday convened a peace committee meeting, which was attended by the representatives of all the communities. It was decided with the consent of all that the prohibitory orders issued on April 10 should be withdrawn immediately,” Sub-Divisional Magistrate Milind Dhoke told the press after the meeting.

“The prohibitory orders under CrPC 144 have ended from today itself. All the restrictions and curfew have been withdrawn. The situation that prevailed before April 10 has been restored,” he said.

Earlier on Thursday, the administration had announced relaxation in the curfew for 11 hours — from 6 a.m. to 5 p.m.

On Tuesday, the curfew was in place for 24 hours and citizens were asked to celebrate Eid-ul-Fitr and Akshaya Tritiya at their homes.

Curfew was clamped in Khargone after the violence on April 10 during which shops and houses were damaged, vehicles torched and stones hurled.

Since April 14, the local administration has been relaxing the curfew for some hours.

In the violence on the occasion of the Ram Navami procession, several people, including a District Superintendent of Police, were injured when a group of people pelted stones at each other and torched public and private property.

The incident had prompted the administration to put restrictions on the movement of people in the violence-hit area with multilayer security by the state and central forces.

The incident had fuelled a war of words between the BJP-led state government and the Congress, with former Madhya Pradesh Chief Minister Digvijaya Singh being targeted by the BJP.

The issue fuelled political controversy for over four weeks on demolition drives carried out in various parts of the state, during which a house constructed under the Pradhan Mantri Awas Yojana was demolished by the Khargone district administration on the basis of a report from the revenue department in the district.