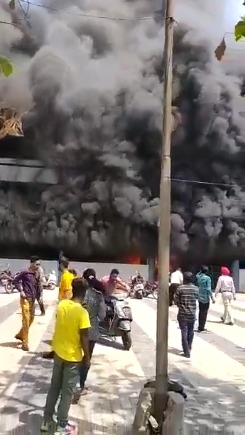 Chandigarh: A massive fire broke out in government-run Guru Nanak Dev Hospital in Amritsar on Saturday but a major tragedy was averted as patients and their attendants were all safely evacuated, police said.

Three floors of the building have been damaged but hospital authorities said no one injured in the incident.

Chief Minister Bhagwant Mann has expressed anguish over the incident, and said that he was monitoring the relief work.