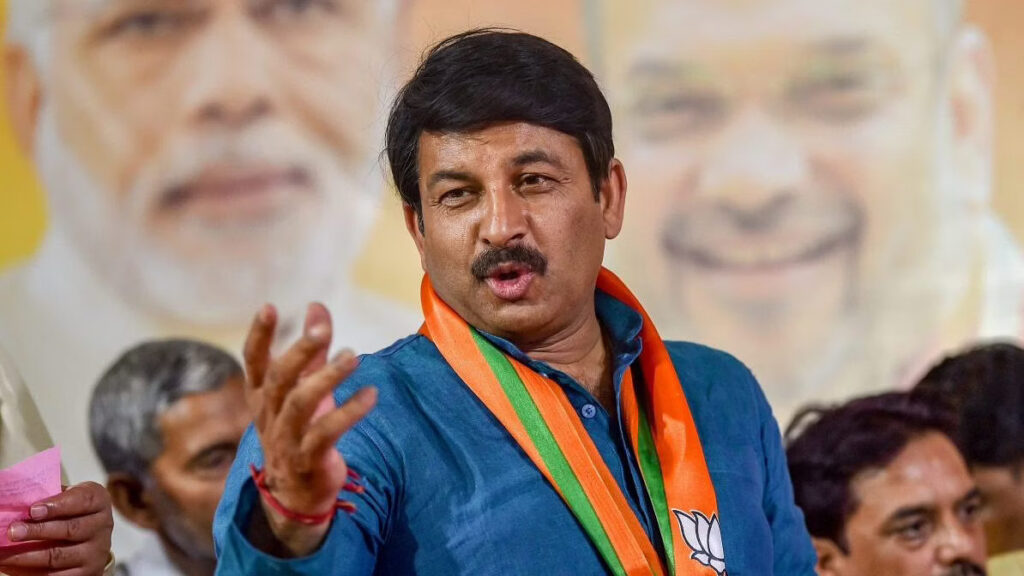 New Delhi : Lok Sabha MP Manoj Tiwari hit back at Delhi Chief Minister Arvind Kejriwal saying that his level is not up to asking questions to BJP President J.P. Nadda.

Earlier, Kejriwal had challenged Nadda saying, “I challenge BJP National President J.P. Nadda. What work did you do in MCD apart from abusing me in 15 years, tell me one job.”

Talking to mediapersons at the BJP national headquarters, Tiwari said that Kejriwal is not worthy that our National President J.P. Nadda should answer his words.

Tiwari added that Nadda is the president of the biggest party in this country but look at the level of Kejriwal, he talks about giving Bharat Ratna to the ones who got massage by rapists, opening liquor shops in front of schools and religious places.

Claiming BJP’s victory in the Delhi Municipal Corporation elections, Tiwari said that the people of Delhi will throw them away on December 4 and in 2025 they will be thrown out permanently.

Describing the announcement made by Union Minister Hardeep Singh Puri as a big gift from Prime Minister Narendra Modi to the people of Delhi, Tiwari said that the biggest problem of the people of Delhi – redevelopment, FAR and parking – needs to be resolved.

“Modi government has taken a step in that direction. Earlier when people started even a little bit of redevelopment work in their house, the MCD, SDM and other departments used to trouble them, but now this problem will end,” the former Delhi BJP chief said.

“The government is now going to give legal permission to it. Our government is going to do that work by bringing a bill in Parliament for land pooling. We are ready to make changes in the master plan for double FAR. Slum dwellers are going to be given flats with modern facilities,” Tiwari stated.

While addressing a press conference with the MPs of Delhi at the BJP headquarters on Wednesday, Union Minister Hardeep Singh Puri, referring to the schemes like Jahan Jhuggi Wahin Makan, Land Pooling and increasing the FAR, claimed that 1.30 crore people of Delhi are going to get the benefit of these schemes of the government.

Puri claimed that at present the total population of Delhi is around 2 crore.