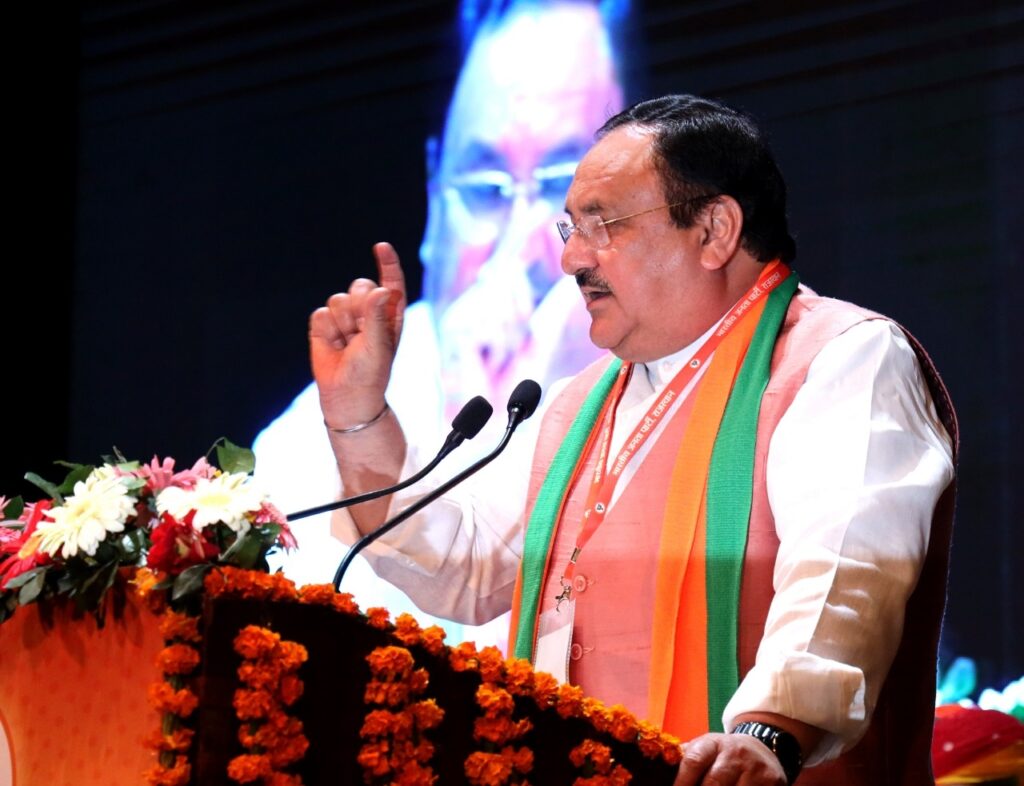 New Delhi,  Hitting out at former Union Minister P Chidambaram over his comment on the pace of vaccination, BJP Chief J P Nadda on Wednesday said that India is not limping but sprinting ahead powered by the strength of its citizens.

Quoting the former Union Minister’s tweet, Nadda said, “India is not limping, but sprinting ahead powered by the strength of our citizens. After the record Monday, India has crossed 50 lakh vaccinations on Tuesday and Wednesday, much to the dislike of the Congress Party.”

After record vaccinations on Monday, in a tweet Chidambaram had said, “Hoard on Sunday, vaccinate on Monday, and go back to limping on Tuesday.”

“That is the secret behind the world ‘record’ of vaccinations on a ‘single day’. I am sure the ‘feat’ will find a place in the Guinness book of records.”

Before Nadda, Union Ministers and senior BJP leaders attacked Chidambaram for his comment.

In a series of tweets, BJP Yuva Morcha National President Tejasvi Surya said, “Five million crossed on Day 2 as well! The only ones limping here are the Congress-led state governments. You should worry why Chhattisgarh and Punjab managed less than a lakh jabs per day, even as MP touched 16 lakh, and Karnataka hit 10.5 lakh.”

“BJP ruled states MP, Karnataka, UP, Haryana, Tripura, Gujarat & others are breaking records & will continue to. BJP governments top the list on number of daily jabs, but Congress-led states top the list on vaccine wastage! For once, at least try to compete with us, can you?,” Surya said.

BJP National General Secretary CT Ravi asked, “Ayya P Chidambaram, How does vaccinating 58 lakh people amount to ‘limping’? It would have been more if only Opposition ruled States had focused on World’s Largest Vaccine Drive instead of pointing fingers at PM Modi.Please ask your CMs to talk less and work more.”

Quoting the senior Congress leader’s tweet, BJP co-incharge for West Bengal Amit Malviya said, “India closed Tuesday at 54.22 lakh vaccinations after a record Monday. It is the Congress ruled States that are limping, and dragging India down. So keep the scorn and derision for your colleagues and allies in Punjab, Rajasthan, Jharkhand, Chhattisgarh and Maharashtra, spare us.”