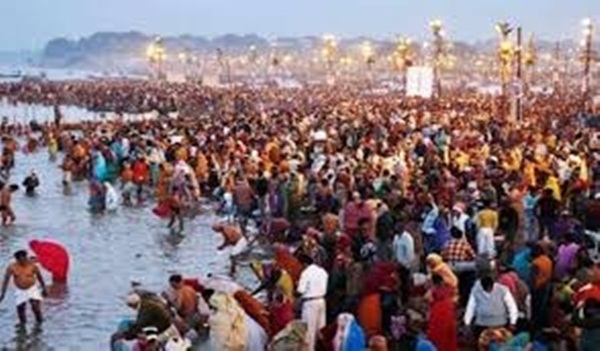 Prayagraj (Uttar Pradesh) : The Prayagraj Mela Authority, for the first time, has resorted to colour coding for easy identification of various facilities in the Mela township.

Police stations, toilets, lost and found centres will either have specific colour tents or balloons to help the pilgrims identify them.

These balloons have been designed so that the details of the place over which a given balloon would be floating in the air, would be mentioned in large, bold letters.

Magh Mela official, Shesh Mani Pandey, said, “The details of the police stations and lost found centres will be written in the balloons flying over these places. With this, the devotees will be able to easily spot the direction and distance of the lost and found centre or police station.”

A similar arrangement has been made for the identification of toilets. While balloons would also be used to guide people to these facilities and coloured lights will be used at night for identification.

The authorities, this time, have also provided for cloakrooms where the pilgrims can put their luggage.

The annual Magh Mela begins in Prayagraj on Friday and will continue till March 1. The religious congregation attracts lakhs of Hindu devotees, saints and seers who camp on the river banks during this period.