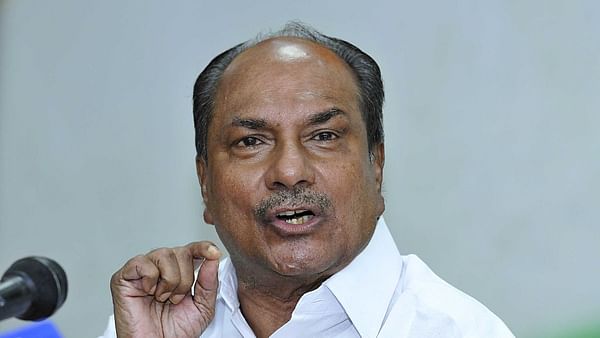 Antony in a statement said, “The prima facie corruption in the Rafale deal is now apparent. The intriguing silence of Modi Government points towards mal-intent to hush up the corruption. The refusal of the BJP Government to probe and punish the guilty is even more astonishing, pointing towards a concerted effort to bury the scam.”

“The only way forward is to accept accountability and order a free and fair JPC probe into the entire set of facts, evidence and allegations of corruption in Rafale deal.” he added.

He said Prime Minister Narendra Modi went to Paris on April 10, 2015 and unilaterally announced the purchase of 36 Rafale aircrafts without going through any tender process and in complete derogation of the ‘Defence Procurement Procedure’. Every defence expert was shocked by this unilateral order which is India’s biggest defence deal.

Antony said it was even more surprising because there was an ongoing negotiation for purchase of 126 Rafale aircrafts in pursuance of an international tender, which envisaged 108 aircrafts to be made in India by Hindustan Aeronautics Limited and 18 aircrafts to be purchased in fly away condition.

“The BJP Government has also not stated the reason for the fact that when clearance from ‘Defence Acquisition Council’ had been given and there was an ongoing tender for which negotiations were being finalized, how could the Prime Minister and the Government unilaterally enter into another agreement?”

Antony said, “What is, indeed, mysterious is the fact that despite 48 hours having lapsed, the Prime Minister and the Defence Minister have decided to maintain a complete silence on ordering of corruption investigation into Rafale deal by the French Public Prosecution Services. Simple question is why has the Government chosen to remain mum?”

Why have the Prime Minister and the Defence Minister not come forward to react on the shocking and sensational development of a corruption probe in the Rafale deal by the Public Prosecution Services of France? Can Modi Government escape accountability for corruption allegations by its intriguing silence? Is it not the responsibility of the Government to come forward and accept the truth?, the statement added.