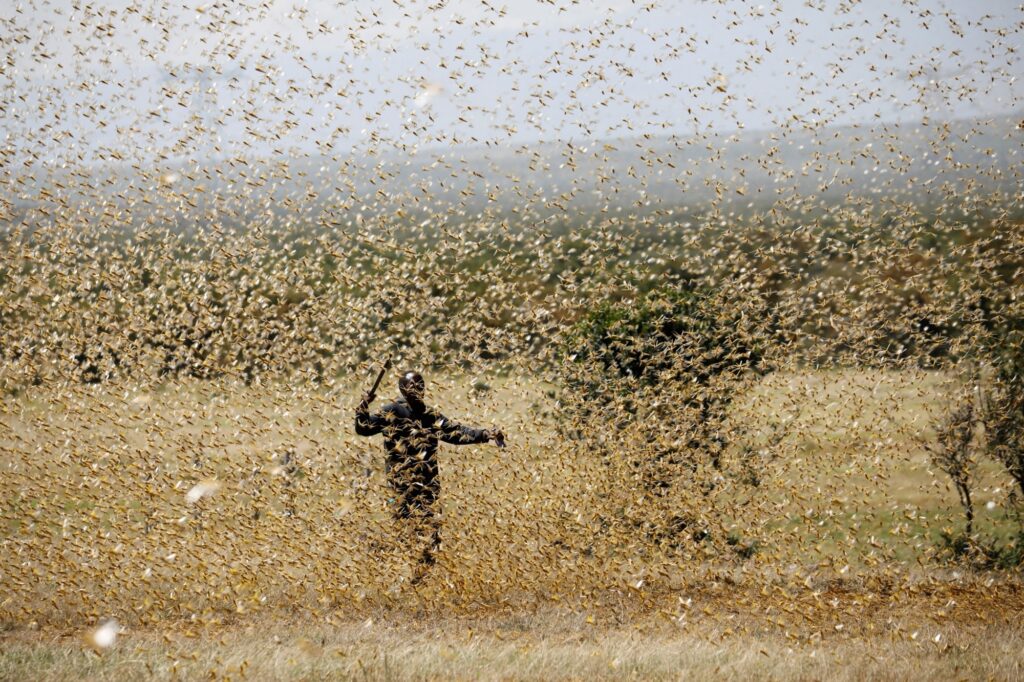 Aligarh: As Uttar Pradesh is struggling to tackle the Covid-19 pandemic as well as the emergence of black fungus cases, the possibility of a locust attack also looms large.

The Aligarh District Administration has now sounded an alert over a likely locust attack.

Officials have issued the advisory after swarms of locusts were spotted in Rajasthan’s Jaisalmer city.

The state’s Agriculture Department has geared up and remains vigilant.

Farmers have also been warned on the issue,

Desert locusts that move in large swarms, can consume crops up to their own weight every day.

When millions of locusts descend on a crop, they destroy everything.

The desert locust is considered the most destructive migratory pest in the world and a single swarm covering one square kilometre can contain up to 80 million locusts.

Last year, almost 17 districts in Uttar Pradesh were put on alert after the locust swarms which travelled from Pakistan invaded India and made their way to at least five states, leaving a trail of destruction.

According to District Agriculture Officer Vinod Kumar Singh, on the basis of the advisory issued by UN’s Food and Agricultural Organization (FAO), Rajasthan has sounded an alert for a possible locust attack and directed authorities to plan, coordinate and execute a strategy to repulse it.

Following this, the Uttar Pradesh government has issued directions to be fully prepared and ensure a timely response to tackle an infestation of the short-horned grasshoppers.