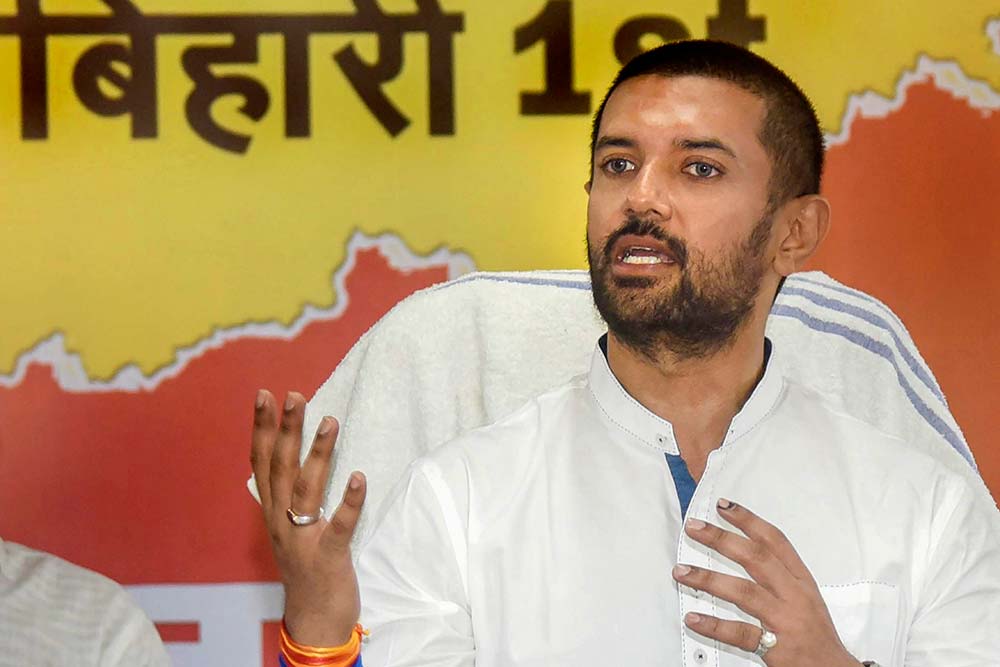 Chirag said that introducing a new policy on population control would not be effective unless and until we do not create awareness in society.

“The awareness in society will come only after the education of women in the country. Forcible acts like imposing a law on them cannot help,” he said.

When asked whether he would meet RJD leader Tejashwi Yadav, he avoided an answer and said that he only came to Patna to resume Aashirwad rally.

“Decision regarding making a political alliance generally takes place before Lok Sabha or Vidhan Sabha elections. We will do the same in future,” he said.

Reacting on LJP-Paras group’s fresh appointment of leaders, Chirag said that such a development would not affect him much.

“The appointment of officials would not affect us. I have already said that the fight between me and them will go long. I am ready to fight on every platform and I know that I will win at the end,” Chirag said.