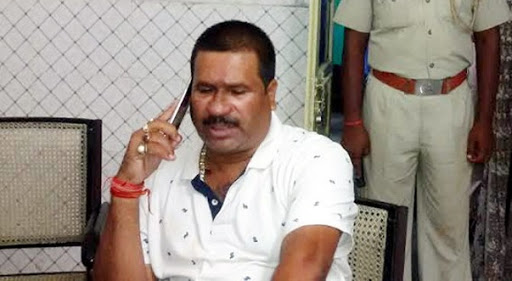 After Upendra Kushwaha and Sanjay Singh, Umesh Thakur, the Siwan district president of the JD-U, jumped into the fray and said that Pandey has a long criminal history. He had also molested a young girl in a train.

“Pandey was a liquor trader of Siwan district and he was angry over Nitish Kumar’s decision to ban liquor. Hence, he used to target our leader Nitish Kumar which cannot be tolerated. He was involved in a series of criminal incidents including molestation of a girl in a train a few years ago,” Thakur said.

“Pandey, while staying in the BJP, is targeting our leader Nitish Kumar. He went to meet Mohamad Shahabuddin’s son Osama a day earlier. He should undergo a DNA test before pointing fingers at anyone,” Thakur said.

“Our government will investigate thoroughly the ambulance scam and the purchase of chairs and tables for government schools in Siwan. We have learnt that big names are emerging in it. I am advising them to get ready for investigation.”

Problems between Pandey and the JD-U started after the former tweeted that Nitish Kumar is the circumstantial CM. The people of Bihar had given the mandate to Tejashwi Yadav. He had stolen the mandate using government machinery during the assembly election and became chief minister of Bihar.

He said that he is not afraid of Nitish Kumar and stands by his statement.

On Thursday, the BJP issued a show cause notice to Pandey for his statement against Nitish Kumar and asked him to reply within 10 days.

Despite that, Pandey made another statement on Thursday, which means he does not believe in following the party guidelines.

“Hence, we have suspended him from the BJP with immediate effect,” said Sanjay Jaiswal, BJP state president.