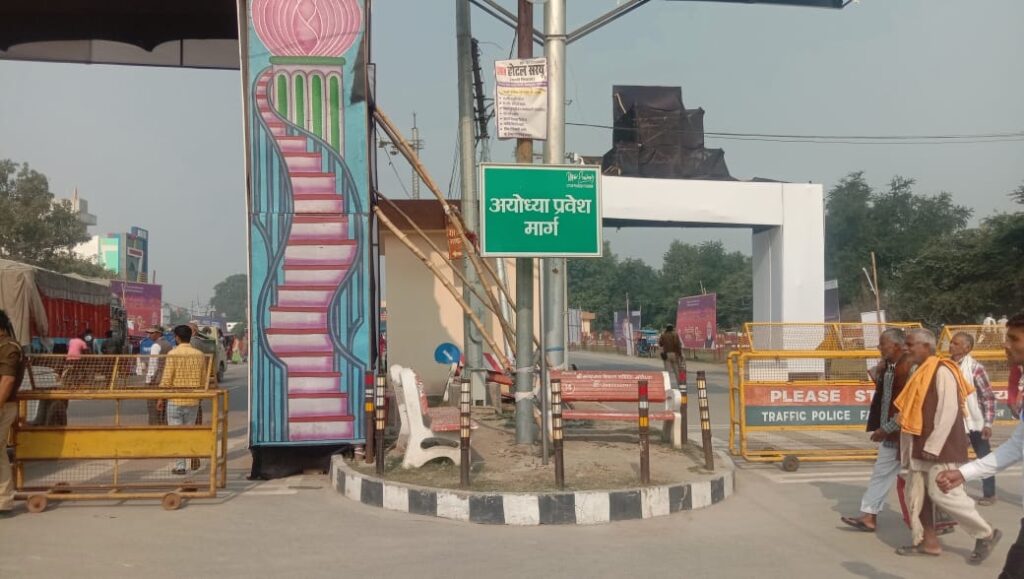 Ayodhya : The Ayodhya administration has issued an ultimatum to traders on the Hanuman Garhi road in here, asking them to vacate their establishments within three days or else be prepared for forced eviction.

The eviction is for road widening in the area.

A large number of shops on both sides of the Hanuman Garhi Road will have to be demolished to enable widening of road.

The Ayodhya administration made announcements on Hanuman Garhi Road through public address system, issuing the ultimatum to shopkeepers to vacate shops.

The traders have accused the state government and the Ayodhya administration of backtracking on their promises to rehabilitate them first before demolishing their shops.

Moreover, the month-long annual Sawan Mela begins on July 16 and traders want the decision to be postponed till the fair is over. The fair is being held after two years.

He said, “Till date, no land has been made available to shopkeepers and no construction of shops has begun. Despite this, the local administration is issuing ultimatum to vacate shops in three days.”

Around 500 shopkeepers from Shringar Hat barrier up to Ram Janmabhoomi would be affected by the road widening project.

The traders’ lobby of Ayodhya, associated with the BJP, is also opposing the move but no one is willing to come on record to register their protest.

“We will try to meet the Chief Minister and apprise him of the issue,” a leader said.