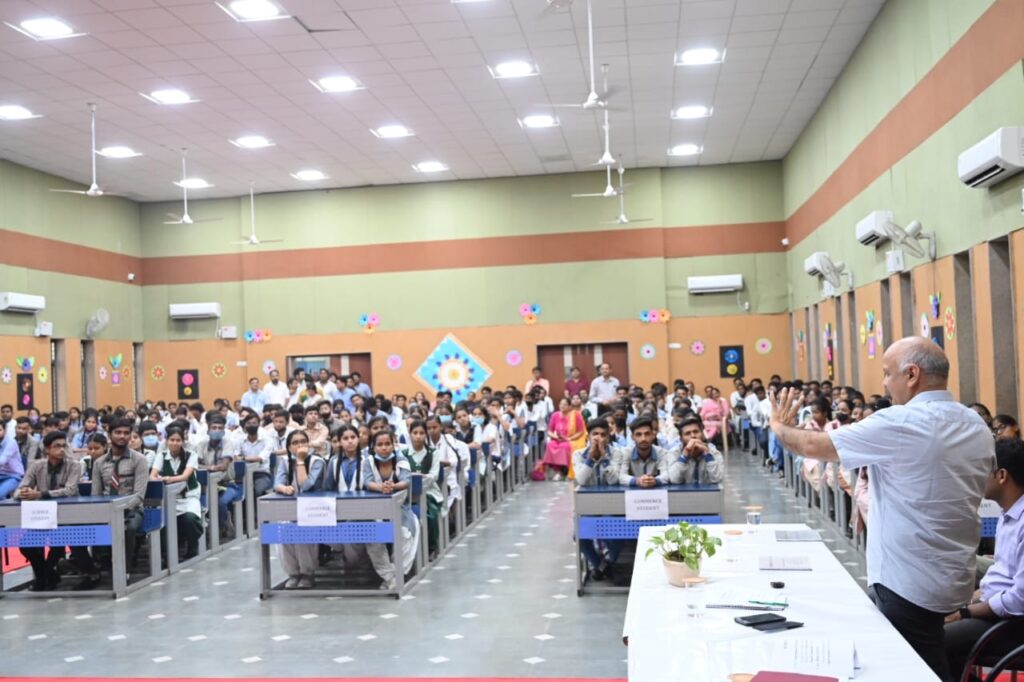 New Delhi : The Common University Entrance Test (CUET) is being conducted for admission to higher education courses, and to ensure that no student would face hurdles in prepartion for the entrance test due to lack of money, several Delhi government schools – under an initiative – have helped the aspiring students in preparations by providing them “adequate” support at the school level itself.

Meanwhile, ahead of the entrance examination, Deputy Chief Minister and Education Minister Manish Sisodia on Monday interacted with students at Kautilya Sarvodaya Vidyalaya in South-East Delhi to know about their preparation and “boost their confidence”.

Appreciating the efforts of schools in the south-east district, the Deputy Chief Minister said that recently Delhi government schools in the district conducted 20 days CUET preparatory classes for nearly 5000 students, which is an “important step towards taking these students closer to their dream colleges”.

Detailing about the structure of classes and its impact, he noted that under the initiative of the Delhi government’s students were guided in preparation of over 13 subjects. “Individual mock tests were designed for each stream – arts, science and commerce. This helped students develop skills of time-management and stress management during exams. Regular practice has boosted their confidence and reduced the fear of exams among students. A total number of 106 centres were started for CUET classes in the district,” he added.

Along with guiding students in subject preparation, the aim was to make students familiar with the CBT. For that, the technical team helped in conducting five online CBTs. It also helped to judge the students’ performance and knowledge.

Further, on the basis of the results of the mock test, students were categorised and teachers assisted them individually. During all the process, mock tests were evaluated automatically and immediately to provide enough time to students for working on their weak areas.