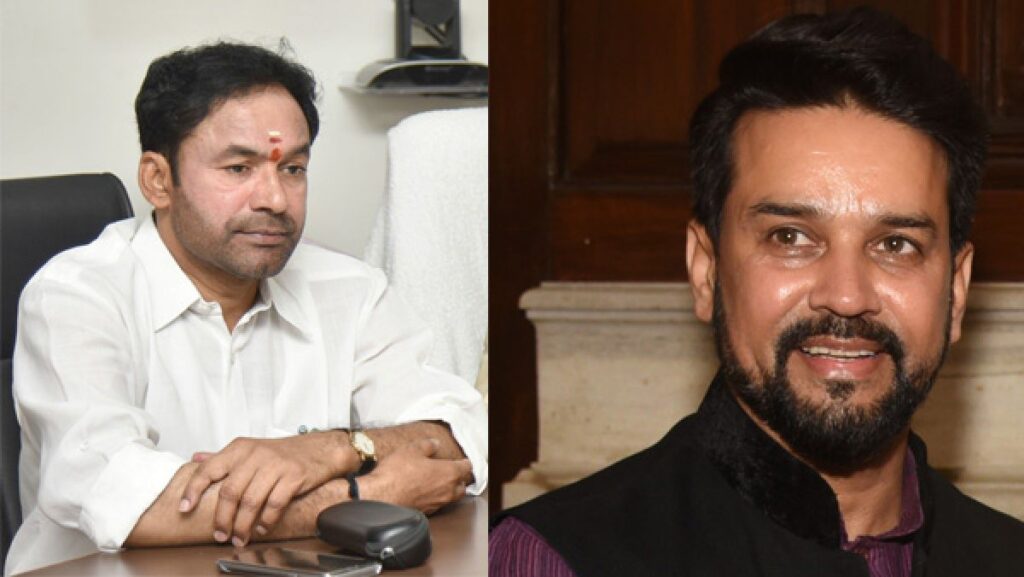 New Delhi,  Prime Minister Narendra Modi has laid a premium on performance in the 2021 Cabinet reshuffle.

While 12 ministers were axed, seven junior ministers have been promoted as Cabinet ministers.

Minister of State in the Finance Ministry, Anurag Thakur, took oath as a Cabinet minister on Wednesday.

MoS for Home, G. Kishan Reddy, and MoS for Agriculture, Parshottam Rupala, also got a promotion.

Hardeep Singh Puri, who was the Minister of State (independent charge) for Civil Aviation and Housing and Urban Affairs, has also been elevated. So has Kiren Rijiju who held independent charge for Youth Affairs and Sports.

Before the massive reshuffle, several heavyweight ministers had resigned, while 43 new faces joined the government.

Twelve ministers have resigned from the Modi government, including Law and IT Minister Ravi Shankar Prasad and I&B Minister Prakash Javadekar.

President Ram Nath Kovind has accepted their resignations, a statement from the Rashtrapati Bhavan said.

Health Minister Harsh Vardhan has quit probably on account of the gaps in management of the Covid second wave which took on monstrous proportions.

Vardhan had been widely criticised for the ensuing situation as the Health Ministry is seen as the nodal ministry for managementof the Covid situation and vaccine administration.

Meanwhile, Thawar Chand Gehlot, Union Minister for Social Justice and Empowerment, has been appointed as the Governor of Karnataka.