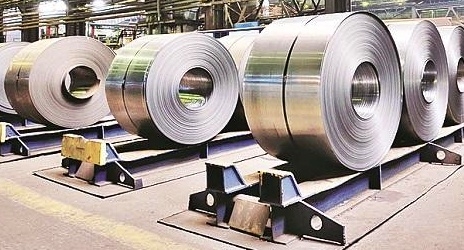 New Delhi, Jindal Steel & Power Limited (JSPL) continued to report strong production in the first quarter of FY22 even as the second Covid wave disrupted economic activities across the country.

The company said that the decision to divert oxygen towards saving precious lives led to production getting impacted slightly, still it was able to produce more than before.

Going by its performance in 1QFY22, the company is confident of achieving the FY22 production target of 8-8.5 million tonnes.

Despite challenging demand conditions in the domestic market caused by the severe than expected second wave of the pandemic, JSPL’s sales were resilient at 1.61 million tonnes (+3 per cent Y-o-Y). Buoyant export markets continued to provide support with exports accounting for 44 per cent of volumes in June and 34 per cent in 1QFY22.

Exports were, however, impacted by logistical challenges posed by adverse weather conditions, leading to congestion at the ports.

An inventory of 1.5 lakh tonnes currently remains stuck at the port, which is expected to be be shipped as soon as the logistical bottlenecks are removed.

“We are happy that despite pandemic adversities, the company has maintained the growth momentum and an upward trajectory. We aim to produce 8-8.5 million tonnes of steel in FY22, in line with our core philosophy of nation building and working towards a self-reliant India.

“We also aim to reduce our overall debt to Rs 9,900 crore by the end of this financial year. We are confident that the India growth story is intact and our economy will continue its growth trajectory,” said V.R. Sharma, Managing Director, JSPL.