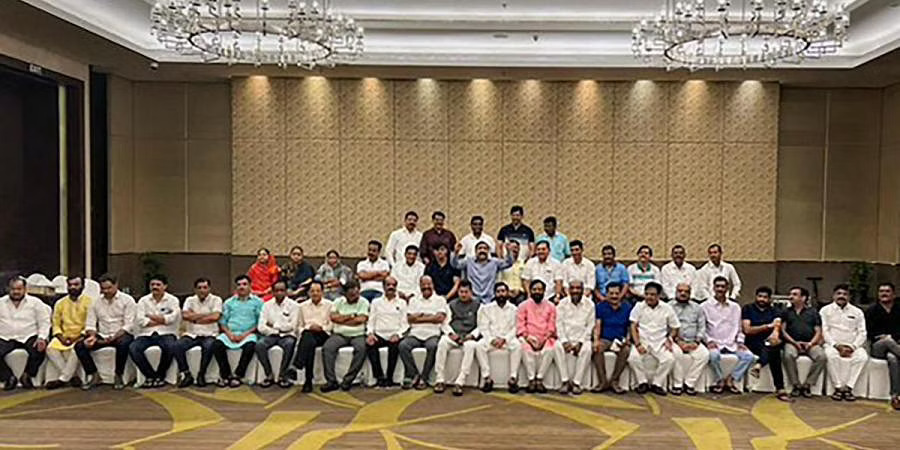 Panaji : Security has been beefed up on the Goa-Maharashtra border check-post at Patradevi, the Dabolim airport and the Taj Resort and Convention Centre in Panaji, where the rebel Shiv Sena MLAs led by Eknath Shinde are likely to camp after reaching the coastal state on Wednesday.

Police sources informed that all vehicles entering Goa from Maharashtra are being thoroughly checked at the Patradevi check-post, fearing that supporters of Shiv Sena may enter the state to lodge their protest against the rebel MLAs.

Earlier on Wednesday afternoon, the rebel Shiv Sena MLAs and their leader Eknath Shinde left Guwahati’s Radisson Blu hotel where they were staying for the last eight days.

The Sena legislators left the hotel premises in three luxury Assam State Transport Corporation buses — one carrying their luggage, and the other buses transporting the rebels and their leader Shinde.

No sooner had the rebel MLAs left the Guwahati hotel to reach Goa, security was tightened around the vital points of the state, including the airport, with the deployment of a large number of police personnel.

Sources in the BJP informed that the rebel MLAs are likely to reach Goa at around 9 pm, and then proceed to the hotel in Panaji.