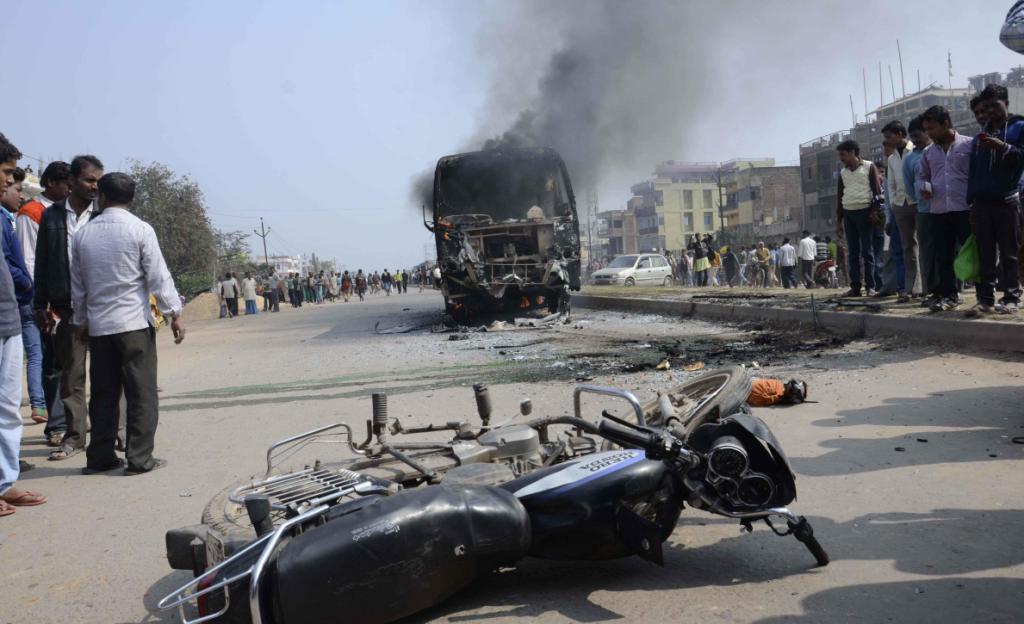 Patna : Three youths aged between 20 to 25 years suffered minor injuries in a road accident on the four-lane Atal Path in Patna on Wednesday evening, police said.

The victims have been identified as Prem Raj, Virendra and Abhishek Kumar, who are all residents of the upscale Punaichak locality in Patna.

The police added that the victims were travelling on a bike at a speed of more than 140 kmph.

As the road was wet due to rainfall, one of the persons riding the bike lost control over the vehicle and skid on the road before crashing on the side barricade.

The impact of the accident was such that all three persons fell down from the flyover.

According to a police official of Digha police station, the victims sustained multiple fractures in legs but survived with non-fatal injuries as their heads did not hit on the road.

“Following the accident, the victims were rescued and taken to a nearby private hospital for treatment. The family members of the victims have been informed,” said an officer of Digha police station.

As per the statement of the victims, they had planned to venture out on Atal Path and JP Ganga expressway for bike riding. As the speed of the bike was high, it skid at the turning and met with the accident.

Atal Path is considered as one of the best roads in Patna where bikers perform stunts at a high speed. Several accidents have already taken place on this road.

The district traffic police has installed speed interceptors to keep a check on the speed of the vehicles, despite this bikers still perform stunts on this road.