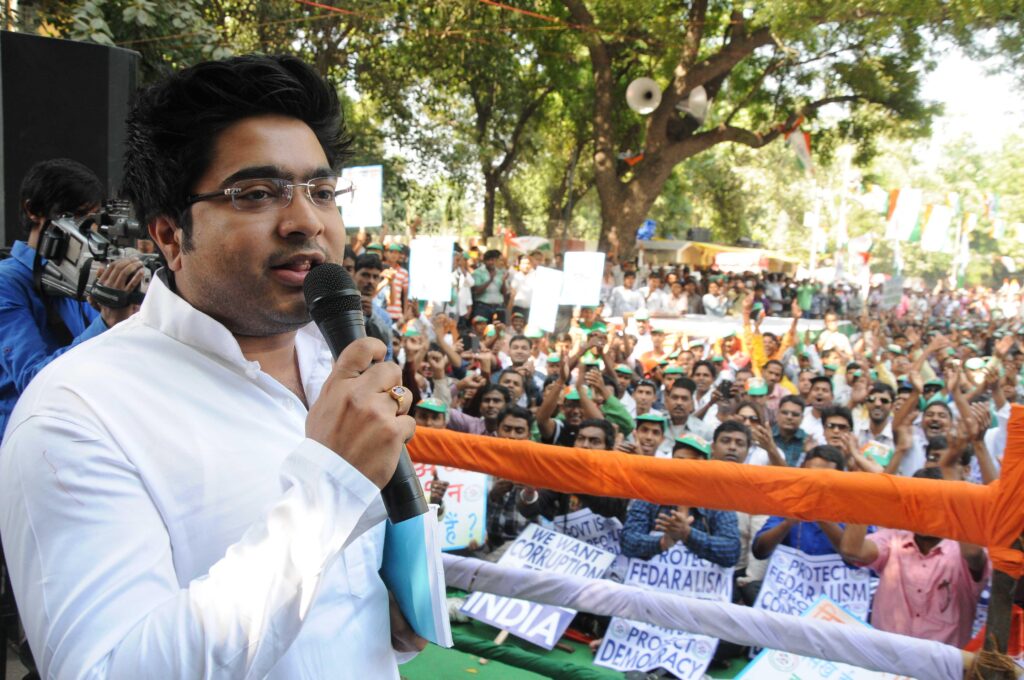 Agartala, The national General Secretary of Trinamool Congress, Abhishek Banerjee, claimed on Monday that his vehicle was attacked by BJP workers while he was returning to Agartala after offering puja at the famous Tripureswari temple in Udaipur in southern Tripura.

Banerjee, while talking to the media here, said that BJP workers armed with lathis and bamboo sticks attacked his car, injuring three of his security personnel.

“To obstruct my travel to the Tripureswari temple, frequent road blockades were organised and even school students were used in the blockades,” he said.

Subal Bhowmik, who jumped ship from the Congress to the Trinamool along with other party leaders on Friday, claimed that “BJP goons accompanied by party workers organised road blockades and attacked Banerjee”.

“When the BJP workers and their goons attacked the convoy of Banerjee, the police remained a silent spectator,” said Bhowmik, who had earlier quit the BJP to join the Congress in 2019.

Trinamool’s Twitter handle shared some videos and posted: “Such blatant state-sponsored attacks on democracy can only be seen in BJP-ruled states! Last night in Agartala, posters of AITC and Abhishek Banerjee were torn. Did the BJP government in Tripura allow this? Will strict action be taken against the miscreants?”

West Tripura district Superintendent of Police Manik Lal Das : “I have no knowledge about any attack on Banerjee. Some people might have raised slogans when he was moving from Agartala to Udaipur.”

Das also said that the police are probing the mater of tearing of Trinamool posters.

Tripura police spokesman Subrata Chakraborty said that they have not received any report of physical attack on Banerjee.

However, some people might have raised slogans during his journey to Udaipur, Chakraborty said.

Denying Trinamool’s allegations, BJP’s Gomati district committee chief Abhisek Debroy said that the party workers led by the leaders on Monday organised rallies and other events to highlight the successful implementation of central schemes in Tripura and the success of the Covid-19 vaccination drive in the state.

“It might be a Trinamool conspiracy to defame the BJP, as no party workers obstructed or attacked Banerjee’s convoy during his visit to and from Udaipur,” Debroy told the media.