Actress Neha Dhupia says it took awhile for her to be proud and comfortable in her own skin, adding that it is important to be “kind to yourself and your body”.

“Remember that photo of yourself from 5 years ago that makes you feel bad about your current weight? Well that same person 5 years ago had something else making her feel bad about her weight. We’re programmed to feel unworthy, to feel not good enough,” Neha said in her Instagram post.

She added: “Be kind to yourself and your body, it’s the only one you’ve got! It took me a while to understand this and be proud and comfortable in my own skin. If you’re reading this, DON’T waste as much time as I did! Your weighing scale doesn’t define you, you do! … #beenthruthicknthin.”

The actress also shared multiple pictures of herself from different stages of her life to prove her point. She also shared a clip from the auditions of “MTV Roadies Revolution” to talk about embracing inclusiveness.

In the upcoming episode of “Roadies Revolution”, Neha will also be seen talking about how she had put on 23 kgs during her pregnancy phase and was afraid that it might cost her the show. However, she was included in the show irrespective of her appearance.

Neha, who is married to actor Angad Bedi, gave birth to daughter Mehr in November 2018. 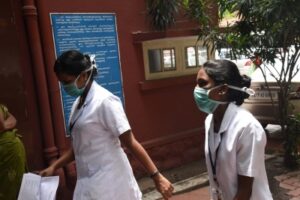