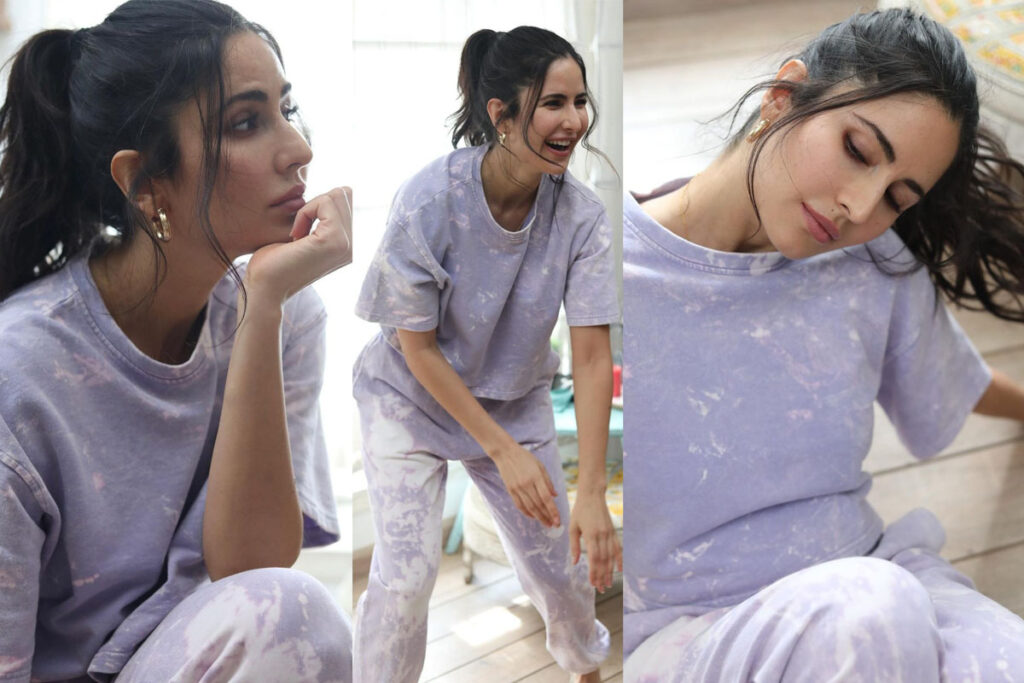 Mumbai, Katrina Kaif has shared her various moods on social media on Saturday.

The actress posted a set of pictures on Instagram looking pretty as ever in a lavender tie-dye T-Shirt and joggers. She completed her look with a ponytail, gold hoop earrings and pink lips.

The images capture the several moods of Katrina, from happy to amused to pensive.

“Moods,” she wrote as caption.

The actress recently made headlines after her fans shared memes on social media featuring her and her rumoured boyfriend, actor Vicky Kaushal.

Katrina’s next release is “Sooryavanshi”, starring Akshay Kumar. She also has the horror-comedy “Phone Bhoot” lined up. It has been directed by Gurmmeet Singh and also features Ishaan Khatter and Siddhant Chaturvedi. Her other upcoming film is “Tiger 3” with Salman Khan.

The actress is also is attending script-reading sessions for Sriram Raghavan’s untitled next opposite Vijay Sethupati.