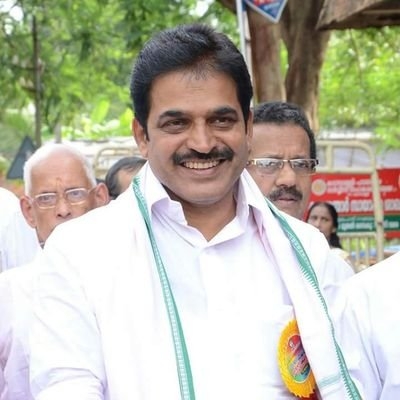 New April: Owing to the surge in Covid cases, Congress is likely to postpone elections for the post of party president, scheduled to be held after the results of elections in five states.

The party leaders privately admitted that the time is not good for any congregation since the party has been critical of the BJP on the issue.

Sources say the final decision may be taken during the CWC meet on Saturday which has been called for a discussion on the Covid situation in the country.

The Congress Working Committee in January had decided that the party will go for organisational polls after elections in five states are over.

It is not yet clear how the group of dissenters that pressed for elections in the party will react to the issue, but sources say that the infection rate is soaring and this cannot be ignored. The country witnessed more than 1,84000 new cases on Wednesday.

General Secretary (Organisations) K.C. Venugopal had said on January 22 after a crucial Congress Working Committee (CWC) meeting that the Congress will have an ‘elected’ party President by June. Venugopal had said then: “The CWC discussed the organisational elections slated to be held in May. But CWC members unanimously requested interim chief Sonia Gandhi that the party elections should not interfere with Assembly polls in several states in the coming months.”

The decision to hold the elections for the party presidentship was taken after group of leaders wrote to Sonia Gandhi and demanded for a more visible and permanent president for the party after Rahul Gandhi stepped down as president following the party’s defeat in the 2019 general elections.

The rift in the Congress between the dissenting leaders (G-23) and Team Rahul Gandhi was out in the open since the leaders met in solidarity with Ghulam Nabi Azad in February and the exclusion of these leaders from the Congress campaigners list in the five state elections. Though Manish Tewari was accommodated in the campaigning list, Azad, Anand Sharma, Kapil Sibal and Bhupinder Singh Hooda were left out.

Ahead of the assembly polls in March, Anand Sharma made a statement after P.C. Chacko quit the party: “The Congress Party historically stood for internal discussion. Issues are debated in the long history of the Indian National Congress. Those who are aware during the freedom struggle know that there was many key leaders at the same time — Mahatma Gandhi was there, Pandit Jawaharlal Nehru was there, Sardar Vallabhbhai Patel, Subhash Chandra Bose…That tradition has continued.