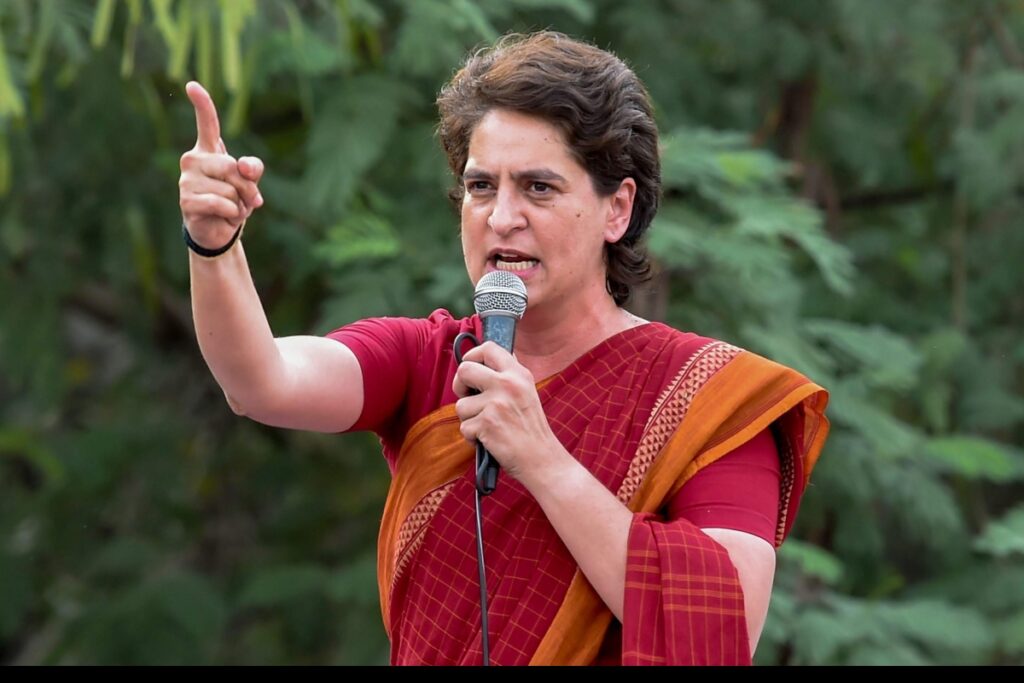 Lucknow: Congress General Secretary Priyanka Gandhi on Wednesday called upon the Yogi Adityanath government to stop covering up the numbers related to Covid cases and deaths in Uttar Pradesh.

In a three-page statement issued here, she said that the Congress would support all efforts for the welfare of people.

Noting that between April 5 and 11, Covid cases had increased by 70 per cent in the country and 281 per cent in Uttar Pradesh, she said that Uttar Pradesh has a population of 24 crore but not even one crore had been vaccinated till now.

Priyanka Gandhi said that testing in the state was not up to the mark and reports of tests were being unduly delayed.

“The number of beds is insufficient and this is leading to delay in treatment has led to increase in deaths and people are being made to wait for hours to cremate their near and dear ones,” she said

Citing the letter sent by UP Law Minister Brijesh Pathak, Priyanka Gandhi said that it exposes the grim reality of the prevailing situation, as compared to the tall claims being made by the state government.

She further stated that there were merely 531 ICU beds in Lucknow whereas the number of patients here is over 13,000.

“There are more than 5,000 posts of doctors lying vacant in district hospitals. There is a total requirement of 45,000 doctors in UP at all levels including primary health centres and community health centres but there are only 13,000 doctors at present,” she pointed out.

Priyanka further asked the Yogi Adityanath government to ramp up medical facilities, allow testing by private labs but cap their rates, and ensure an easy and transparent procedure for admission of patients in medical facilities.