Los Angeles  : Actor Eddie Hassell, best known for starring in 2010 film The Kids Are All Right and the TV series Surface, has died after being shot in Texas. He was 30. According to Deadline, Hassell was shot in the stomach outside his girlfriend’s apartment in Grand Prairie, Texas on Sunday morning. The actor’s girlfriend was in her apartment when the incident happened, but she did not spot the assailant. Hassell, a Texas native, played several small roles throughout the 2000s and 2010s, most notably as Clay in the The Kids Are All Right, also starring Julianne Moore and Mark Ruffalo. 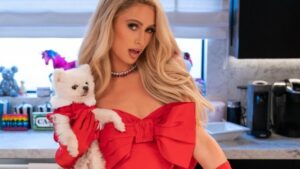 Paris Hilton wants to be a ‘supportive and fun’ mother