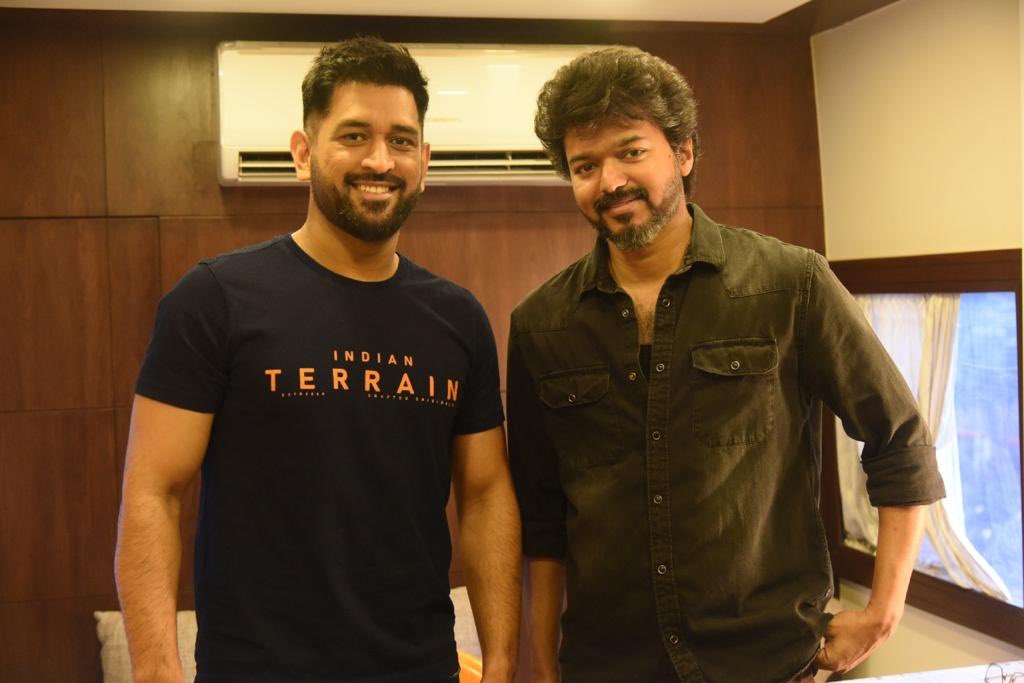 Chennai: It couldn’t have been a bigger OMG moment for fans of Tamil superstar Thalapathy Vijay when they saw him together with star cricketer and Chennai Super Kings skipper Mahendra Singh Dhoni in pictures that went viral on Thursday. The two met here at Gokulam Studios.

Vijay is shooting for his upcoming Tamil action film ‘Beast’ at Gokulam and Dhoni for an ad commercial. The pictures of the two in one frame got their fans into a tizzy. The two celebrities had earlier collaborated when Vijay was named the brand ambassador of the Chennai Super Kings.

The team of ‘Beast’, produced by Sun Films and written and directed by Nelson Dilipkumar, are all set to fly to Europe for their next round of shooting. The film’s lead female character is being played by Pooja Hegde.