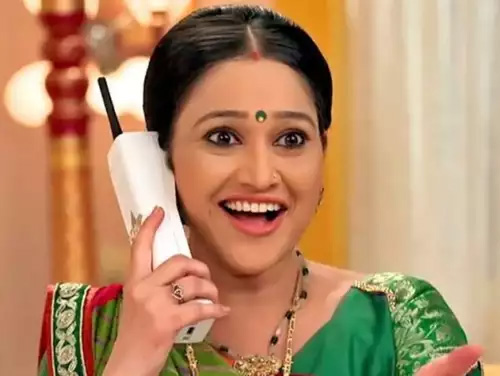 Mumbai,Actress Disha Vakani a.k.a. Dayaben of popular sitcom ‘Taarak Mehta Ka Ooltah Chashmah’ has become a mother for the second time. The actress gave birth to a baby boy a few days ago.

Her husband and businessman Mayur Padia and her brother, actor Mayur Vakani have confirmed the news.

Mayur, who plays the role of Sunderlal in the show, told the media: “I am happy that I have become an uncle again. In 2017, Disha had her baby girl and now she has become a mother again and I have become ‘mama’ again. I am very happy.”

Recently, producer Asit Kumarr Modi revealed that they are planning on bringing back the famous character in the show.

He said in an interview that: “We have no reason to not get back Dayaben’s character. But we all have faced difficult times in the recent past. 2020-21 was a very tough phase for all of us. But now that things have gotten better, in 2022 at any time we are going to bring back the character of Dayaben and the audience will once again get to see the entertainment of Jethalal and Daya Bhabhi.”