New Delhi : The Delhi Metro Rail Corporation (DMRC) has informed the Delhi High Court that it has total funds worth Rs 5,800.93 crore available with them, as on December 17, 2021.

The DMRC has stated its fund position in an affidavit filed with the Delhi HC.

The fund position of DMRC, as per its own affidavit, clearly exhibits its ability to pay the arbitral award to Reliance Infrastructure.

The DMRC has already deposited Rs 1,000 crore in an escrow account with the Delhi HC, as per the directions of the court in its last hearing on December 6, 2021.

The DMRC has to pay an arbitral award of around Rs 7,200 crore to Reliance Infrastructure subsidiary Delhi Airport Metro Express Pvt Ltd (DAMEPL).

The Supreme Court had upheld the arbitral award of Rs 7,200 crore in favour of DAMEPL, on September 7, 2021.

The next hearing on the execution petition filed by DAMEPL is scheduled for Wednesday i.e. December 22, 2021.

In the last hearing on December 6, the Delhi HC had directed the DMRC to file an affidavit with regard to the total amount payable along with interest, as per the award.

Over 6 hearings have taken place so far on the Execution Petition of DAMEPL, to enforce the Supreme Court’s Rs 7,200 crore money-decree against DMRC, and yet DMRC has not come up with any clear commitment/plan to make the payment.

In the meantime, the delay in the payment of award by DRMRC, a govt of India undertaking, is putting an additional interest burden of Rs 2.0 crore per day on the taxpayers’ money.

The delay by DMRC, since the pronouncement of the award by the SC on September 9, has already cost the government exchequer an additional interest of over Rs 200 crore, as of date.

According to legal sources, the whole conduct of DMRC is also in gross violation of the Rule 227A of the General Finance Rules (GFR), issued by the Department of Expenditure, Ministry of Finance, on October 29, 2021, which clearly states that in cases where Ministry/Department has challenged the arbitral award and the award money has not been paid, 75 per cent of the arbitral award (which may include interest up to date of the award) shall be paid by the concerned Ministry/Department to the contractor/concessionaire.

In addition to that, “General Instructions on Procurement and Project Management” issued by the Department of Expenditure, Ministry of Finance, on October 29, 2021 emphasize that appeals are sometimes resorted to by the government officials to postpone the problem and defer personal accountability and such casual appealing in cases has resulted in the payment of heavy damages/ compensation/ additional interest cost, thereby causing more harm to the exchequer.

The instructions clearly state that officials responsible for not adhering to the Rule 227A of the GFRs would be held personally accountable for the additional interest arising, in the event of the final court order going against the entity.

Based on the Instructions, personal accountability would have to be fixed on the concerned DMRC officials.

It is learned that, out of the money-decree of over Rs 7,250 crore against DMRC, Rs 2,945 crore is the principal amount and the remaining Rs 4,305 crore are the pre-award and post-award interest.

The DMRC has been utilizing the Project Assets constructed/installed by DAMEPL and the Project revenues ever since July 2013.

DAMEPL had succeeded in the Supreme Court against DMRC, on the issue of termination of the Concession Agreement for the Airport Metro Express Line. The Termination Payment and other compensation, under the arbitral award dated 11.05.2017, were confirmed by the Supreme Court on 09.09.2021. DMRC’s Review Petition against this judgement was also summarily dismissed by SC on 23 November 2021. 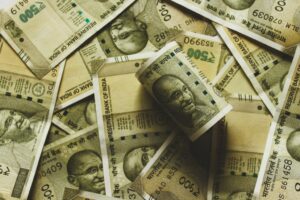 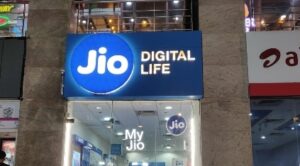