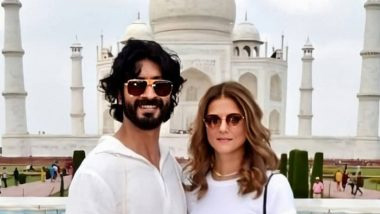 Mumbai: In September of 2021, Bollywood actor Vidyut Jammwal proposed to fashion designer Nandita Mahtani. Vidyut and Nandita have stayed in the news since then. Nandita is now in London, and there is anticipation that the two may marry shortly. According to some reports, both have already married and their pals have kept the marriage a secret.

Nandita Mahtani was formerly married to Sanjay Kapoor, Karisma Kapoor’s ex-husband. Although their marriage was short-lived, they divorced in 2003. In terms of Vidyut Jammwal, his film ‘Khuda Hafiz 2’ was just released. The public and reviewers have had mixed reactions to the picture. He is currently filming for his next projects ‘IB71’ and ‘Sher Singh Rana.’