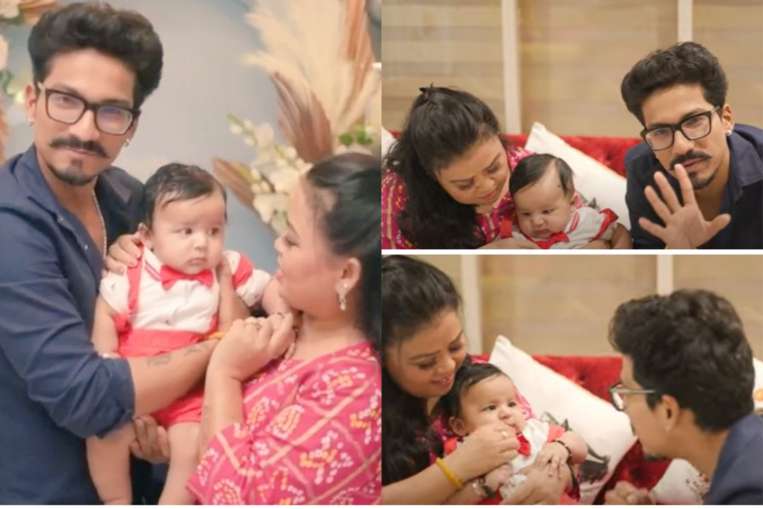 On April 3, comedian Bharti Singh and her spouse Bharti Singh and welcomed their new-born child. Since then, the couple has been releasing videos of the new-born on their social media accounts. The couple has finally revealed the face of their baby Laksh after a three-month wait. The disclosure was made in a special vlog for their YouTube channel Life of Limbachiyaas.

The video began with Singh taking viewers on a tour of Laksh’s room, which included a personalised cot and some adorable toys. Limbachiyaa also appears on camera and remarks on how the infant, unlike his mother, is quite peaceful. And then with a countdown, they open a gift box that had Laksh inside.

“Mera beta bada pyaara hai lekin maa ke paas rehta hai (My son is very cute but he spends most of his time with his mother),” Haarsh Limbachiyaa says. According to Haarsh Limbachiyaa. Bharti Singh says, “Laksh is a total Mamma’s boy.” The pair then plants kisses on their infant while talking about him.

For the unversed, many praised Bharti for her brave decision to return to work 11 days after giving birth. However, several people chastised her for not spending enough time with the infant and for returning to work.