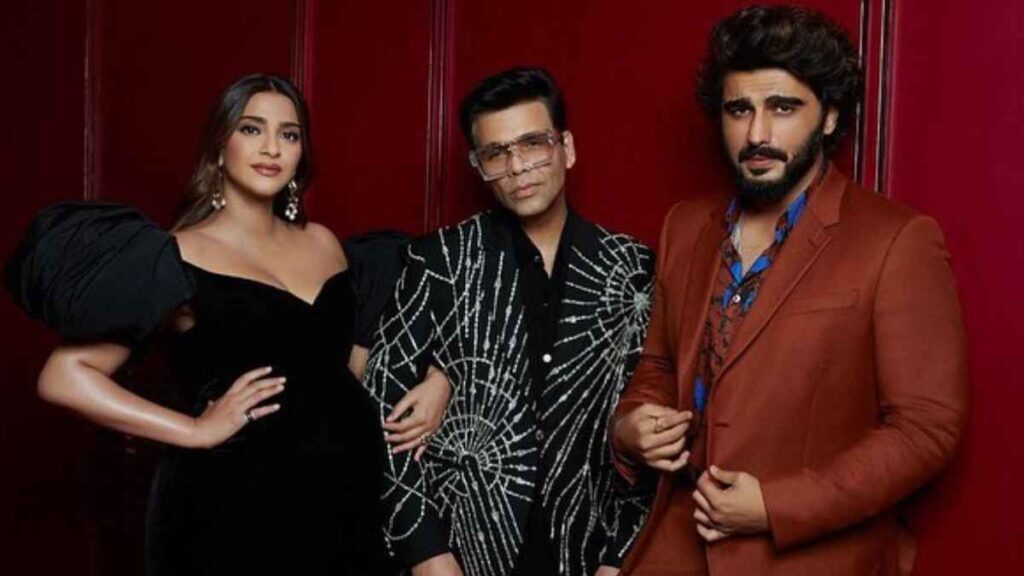 Sonam Kapoor and Arjun Kapoor appeared on the most recent episode of Koffee With Karan, a prominent celebrity chat show. Sonam added numerous humorous moments to the show, like referring to Ranbir Kapoor’s ‘Brahmastra’ as ‘Shiva’ and referring to Arjun’s Ek Villain Returns as a ‘thirst trap.’ During the rapid-fire round, however, she referred to Bhumi Pednekar, Kiara Advani, and Kriti Sanon as “underrated” actors.

When Karan Johar questioned who she believed was overrated in the business, Sonam Kapoor replied, “I think there are a lot of undervalued actresses in the industry, but I don’t know who is overrated.”

Arjun objected to Sonam changing Karan’s question when the actress added, “Anybody who is popular or does well cannot be overrated because people are not dumb.”

When asked who she believes is undervalued, Sonam Kapoor named Bhumi Pednekar, Kiara Advani, and Kriti Sanon. This split Karan Johar, who then added, “They think they’re very big stars in their head, and you’ve called them underrated!” Arjun also was quick to reply, “Kiara is not underrated, she is very well-rated.”

At another point in the show, Sonam called Arjun Kapoor’s recent release Ek Villain Returns a ‘thirst trap’ film. “I think they all look hot now. It’s a thirst trap of a film,” she said. To this, Arjun instantly replied, “You haven’t seen one shot of the film, and you’re just saying things now.” When KJo questioned Sonam about the film’s director and producer, she was unable to respond, but Arjun answered, “It’s Ektaa Kapoor who produced it.”

When asked about the red carpet looks these days Sonam told Karan, “The reason Rhea (Kapoor) and I decided to take photos was because we realised when we went to the red carpet, there was so much business behind us. And we were borrowing, most of my clothes are borrowed. 90 per cent of my clothes are borrowed.” While this left Karan Johar surprised, Sonam added, “They lend you clothes, we’re not buying. Pagal thodi hain ke itne saare paise spend karein (We are not crazy that we will spend so much money).