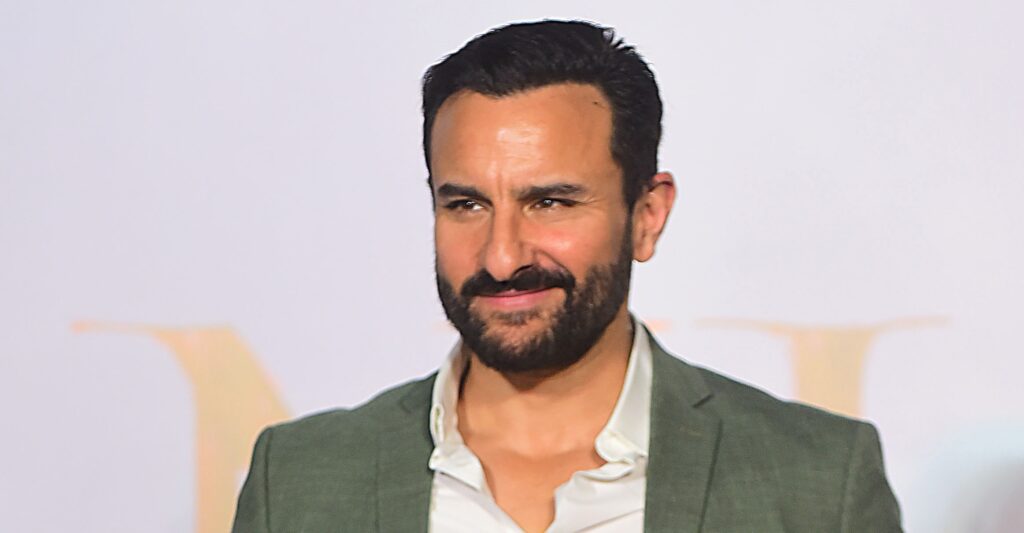 Mumbai : Actor Saif Ali Khan, who is all geared up for the release of his upcoming film ‘Bunty Aur Babli 2’, calls the song ‘Tattoo Waaliye’ the biggest song shot by the Indian film industry during the pandemic.

“‘Tattoo waaliye’, is the first song that people will see. We were gearing up to mount the song on a big scale like decided. All preparations were made to shoot a song that would be an instant chartbuster. We rehearsed, we were set, but unfortunately, the nation went into lockdown the same day that we were supposed to shoot in March 2020. It was just heartbreaking,” Saif said.

He added: “It took a lot out of everyone involved to keep their conviction going but we kept our belief. When it was announced that we could shoot with some necessary guidelines, we were so excited to be back at it and shoot this song. So, the scale that you will see in ‘Tattoo waaliye’ makes it the biggest song shot by the industry during the pandemic. No other film shot during those difficult times was able to mount a song like this.”

“We were so excited to be back on the sets to shoot ‘Tattoo Waaliye’ so, yes, there were a lot of questions, lot of things were on our minds about whether or not it’s safe to shoot, but I think Yash Raj Films made sure that the entire premises was really well sanitised, a lot of precautions were taken in terms of getting everybody on set Covid tested. They also quarantined everybody in a hotel for about 14 days before we started shooting. So, I think a lot of measures were taken for making all of us comfortable on set.”

Actor Siddhant Chaturvedi added: “I remember the joy I personally felt when the news came out that everybody had tested negative on the day of shoot. That message really spread positivity within the crew and everyone was so pumped up to deliver the best at the song shoot. Shooting ‘Tattoo waaliye’ was a step towards reviving the industry and we were excited. So, ‘Tattoo waaliye’ is a really special song because we all know what we went through to make it happen.”