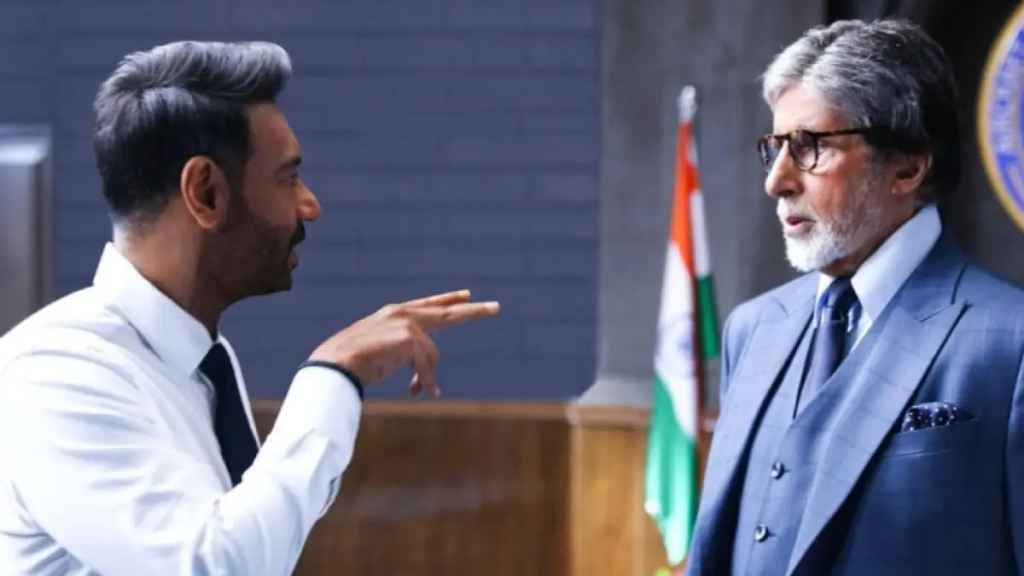 Directed and produced by: Ajay Devgn

The film, directed and produced by Devgn, is based on the true story of the Jet Airways Doha to Kochi flight, which narrowly escaped disaster on August 18, 2015, after experiencing difficulty landing at Cochin International Airport.

The movie starts by shedding light on Captain Vikrant Khanna’s family life, where he promises his daughter to be present on her birthday. The captain is all set for his flight from Dubai to Cochin. A day prior, he goes all out as he parties with his pal. Despite being in an inebriated state the day before, he manages to stay alert and is all set to take off. Well, due to adverse climatic conditions flights cannot land at Cochin Airport. But, confident in his flying skills, Vikrant decides to land at Cochin airport. Being low on fuel, Caption Vikrant Khanna and his co-pilot Tanya(Rakul Preet) cannot keep the flight hovering for a long time.

Due to the haze that resulted from the heavy rain, visibility was poor for the plane’s landing. After nearly half an hour of holding on, the pilot decided to divert the plane to Trivandrum. However, landing in Trivandrum was a bad decision because landing in Bengaluru was safe at the time due to circumstances that Captain Vikrant was informed of by his co-pilot Tanya. The visibility in Trivandrum, on the other hand, was less than what was required for the landing. Vikrant, the daring pilot, announced “May Day” and landed the plane “blindly.” Will Captain Vikrant Khanna put the lives of the 150 passengers on board in jeopardy?

Will Captain Vikrant Khanna put the lives of 150 people on board in jeopardy because of this story? Why did he decide to land in Trivandrum despite the bad weather? What happens if he is questioned? The tale revolves around the answers to these questions.

This is the third time Ajay Devgn is on directorial role. In comparison to his earlier films, Ajay has done an excellent job as a filmmaker in Runway 34. The movie is split into two sections. The first half of the film concentrates on the unexpected circumstance that occurs, while the second half focuses on the courtroom drama. The first half is well-developed, with a few well-written passages. The second half, on the other hand, drags unnecessarily. The screenplay is engrossing, although it isn’t always constant. During the second half, the editing could have been tighter. The cinematography of Aseem Bajaj is remarkable, as you can sense the turbulence in the initial scene.

With his camerawork during the cockpit sequences, the lensman has managed to raise the size and exhilaration. The dialogue is fairly excellent, with a few brilliant one-liners, but it becomes a little repetitive after a while, and so loses its remember value.

When it comes to music, Mitra Re is well-integrated into the story but does not make it onto the playlist. The background score by Amar Mohile has a cinematic vibe to it.

When it comes to performances, Ajay Devgn as Captain Vikrant Khanna steals our hearts with his suave attitude and calm demeanor in the face of adversity. Rakul Preet, who plays Tanya Albuquerque, has given one of her best performances. As Ajay Devgn’s wife Samaira, Aakanksha Singh delivers an impressive performance. Despite their limited screen time, Angira Dhar and Boman Irani shine in their brief appearance. Amitabh Bachchan’s performance as Narayan Vedant, the case’s investigator, is both entertaining and engaging. Overall, despite starting off on an exciting note, the flick fails to land safely because the second half is too elongated.