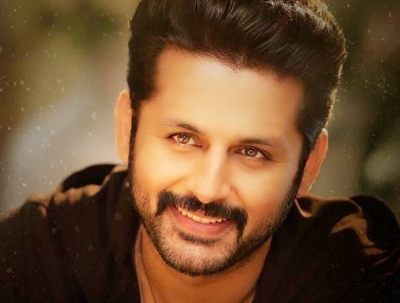 Hyderabad, Actor Nithiin, who will next be seen in ‘Macherla Niyojakavargam,’ has been in the Telugu film industry for 20 years.

On this occasion, the ‘Jayam’ actor took to social media to express his gratitude on Tuesday. He thanked everyone for all of their love and support throughout his journey as an actor.

Nithiin’s note reads, “Dear Friends 20 years ago, I embarked on my journey with JAYAM, which was my first film. Words simply can’t describe how I’m feeling today but I will try.

“Firstly, I sincerely thank Teja garu for giving me my first break, recognising the actor in me.”

The ‘Sye’ actor also thanked his other directors and technicians on this occasion, “I thank all the directors, producers, actors, technicians, staff, and crew of every film I worked on. Without you, I wouldn’t be where I am today.”

“I’m grateful for this beautiful journey and thank everyone who sailed with me, by supporting and believing in me, through the highs and lows. Your love kept me going. Last, but not least, heartfelt gratitude to my fans who sustained me by their unfading faith. LOVE ALWAYS NITHIIN,” Nithiin concluded his ‘thank you’ note.

On the work front, the actor’s next film with Vakkantham Vamsi will begin production once he finishes his current film ‘Macherla Niyojakavargam,’ which will be released later this year.