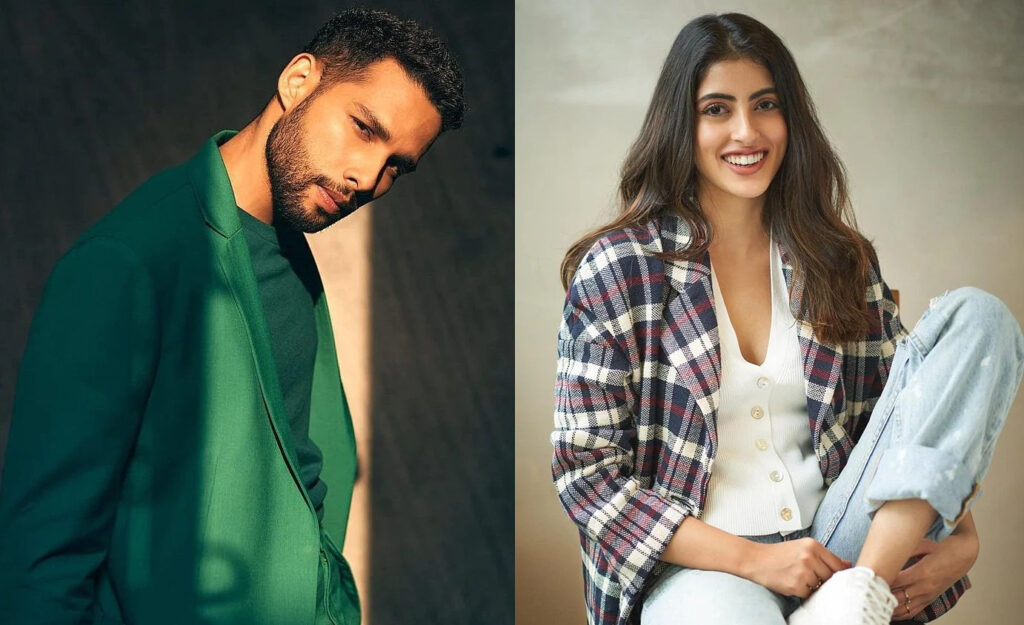 Navya Naveli Nanda, Amitabh Bachchan’s granddaughter, and Gully Boy star Siddhant Chaturvedi are the newest alleged romance in Bollywood. Rumors of them dating have been circulating since December.

Recently, after Navya’s comment on Siddhant’s post, the rumours have sparked again. Even though her reaction involved a single emoji, fans are speculating that the two are in a relationship.

Taking to his Instagram handle, Siddhant Chaturvedi recently dropped a candid picture of himself against a serene sunset in the mountains. The actor wrote in the caption of the post, “There’s a bench on a hilltop somewhere, Waiting for our old age conversations'”

Reacting to it, Navya commented with the sun emoji. Navya’s comment on Siddhant’s post made fans speculate if the two are dating. However, according to a report, Navya has now deleted the comment.

According to recent photos posted on their social media accounts, the rumoured lovebirds appear to be on vacation together. Navya’s captions and the background of their images served as important hints to followers. “Photographed by the (smile) (star) (white heart),” she captioned a stunning photo of herself reclining under the moonlit sky.

Siddhant also took to his Instagram handle to share a video from Rishikesh where he is shooting for his next project. He captioned the post, ‘Apna Mann aur Moon dono clear!’

For the unversed, this is not the first time that the two have interacted via comment sections. The two often drop goofy comments on each other Instagram posts.