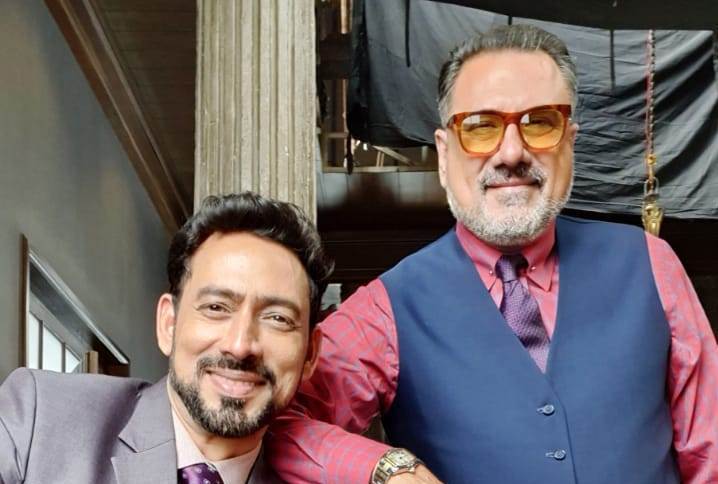 Mumbai, Actor Hrishikesh Pandey is known for his stint in shows and films like CID, Dhaai Akshar Prem Ke, and Apradhi. The actor was recently seen in the film Runway 34. The film has been helmed by Ajay Devgn and stars Amitabh Bachchan, Rakul Preet Singh, and Boman Irani.

The actor is all praise for veteran actor Boman Irani. Sharing his experience of working with him Hrishikesh said, “It was really lovely working with him. He made us so comfortable on the set. He responded generously when I complimented him that you are very nice and kind despite being so successful. There is no way I can compare myself with him. Off-camera, we had some great chatting sessions where we discussed life and other stuff.”

Talking about the environment on set he further quipped, “The wonderful part is that we have enjoyed working together on set. There were light and jovial moments on set when he was around. He was not just sweet to me, he was sweet to a lot of newcomers and that shows his humility. He doesn’t pretend to be nice and humble, it’s just the way he is.”

Hrishikesh also recalled loving his work in films like 3 Idiots, Munna Bhai M.B.B.S, and Jolly LLB. He said, “Boman Sir is a great actor. I have liked all his movies. 3 Idiots and Munna Bhai M.B.B.S. are my all-time favorites. Recently I have seen Jolly LLB and loved him in the film.”