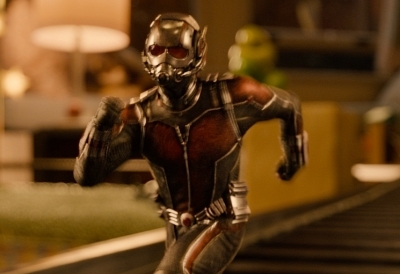 Los Angeles, Two of Marvel’s most-anticipated 2023 blockbusters, Ant-Man and the Wasp: Quantumania and The Marvels, have swapped release dates, according to an announcement by Disney. According to ‘Variety’, ‘The Marvels’, the sequel to 2019’s ‘Captain Marvel’, was originally due to open in theatres on February 17, 2023, and ‘Quantumania’, the third movie in the ‘Ant-Man’ series, was set to open on July 28, 2023.

Instead, ‘Quantumania’ will now bow first in February, and ‘The Marvels’ will debut in July.

Insiders say this was a matter of ‘Quantumania’ simply being further along in its creative process than ‘The Marvels’, as the former has wrapped principal photography while ‘The Marvels’ still has a bit more to go.

Marvel Studios’ other big theatrical release next year, ‘Guardians of the Galaxy Vol. 3’, is still set to debut on May 5, 2023, reports ‘Variety’.

The release date shuffling is likely to raise eyebrows among hardcore observers of the Marvel Cinematic Universe, as it suggests that the 2023 feature projects aren’t as closely linked as previous MCU movies.

‘Quantumania’ is expected to continue the multiverse storyline launched with the 2021 Disney+ series ‘Loki’, which featured Jonathan Majors as He Who Remains, whose death creates the multiverse in the MCU.

In ‘Quantumania’, Majors will play the main villain and a variant of his ‘Loki’ character, Kang the Conqueror. Paul Rudd, Evangeline Lilly, Michael Douglas and Michelle Pfeiffer are all returning for ‘Quantumania’, along with director Peyton Reed.

Ironically, ‘Quantumania’ was originally set to open in February 2023. But in October, it was bumped when Disney pushed back Marvel’s entire 2022 theatrical slate to give more time for ‘Doctor Strange in the Multiverse of Madness’ to complete filming and post-production, and to accommodate production delays on ‘Black Panther: Wakanda Forever’ following an injury to star Letitia Wright.

‘Doctor Strange 2’ is now the next MCU title set to debut; it will open in theatres on May 6