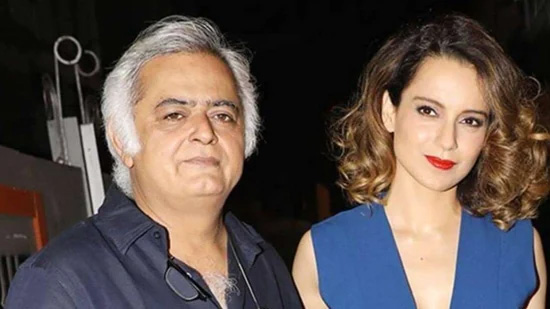 Mumbai: Acclaimed director Hansal Mehta has always impressed classes and the masses with his films. However, his 2017 directorial Simran with Kangana Ranaut, tanked miserably at the box office.

Time and again, the director has expressed disappointment over it and took a dig at Kangana for interfering in the post-production process.

Recently, during an interview, when the director was asked if Kangana had taken over his film’s edit, he quipped, “Edit nahi takeover kia the usne, to be fair to her, but edit takeover karne ke liye kuch tha nahi kyunki material hi vahi tha jo usne shoot karvaya tha.”

Hansal further continued that Ranaut has become too self-centred, and that’s what has gone against her. “She is a very talented actor, she is a very good actor, really really good actor who, I feel has limited herself by making films about herself. You need not make all the characters become what you want to believe you are.” Hansal even took an example from her recent disaster Dhaakad and pointed out the issue with Kangana, “Abhi kuch gaana aaya uska… she is a woman on fire… you are basically talking about yourself. You know these are things you aspire for yourself, you put it there.”

On the work front, Kangana’s last release, Dhaakad was a major disaster at the box office. She will next be seen in Emergency.