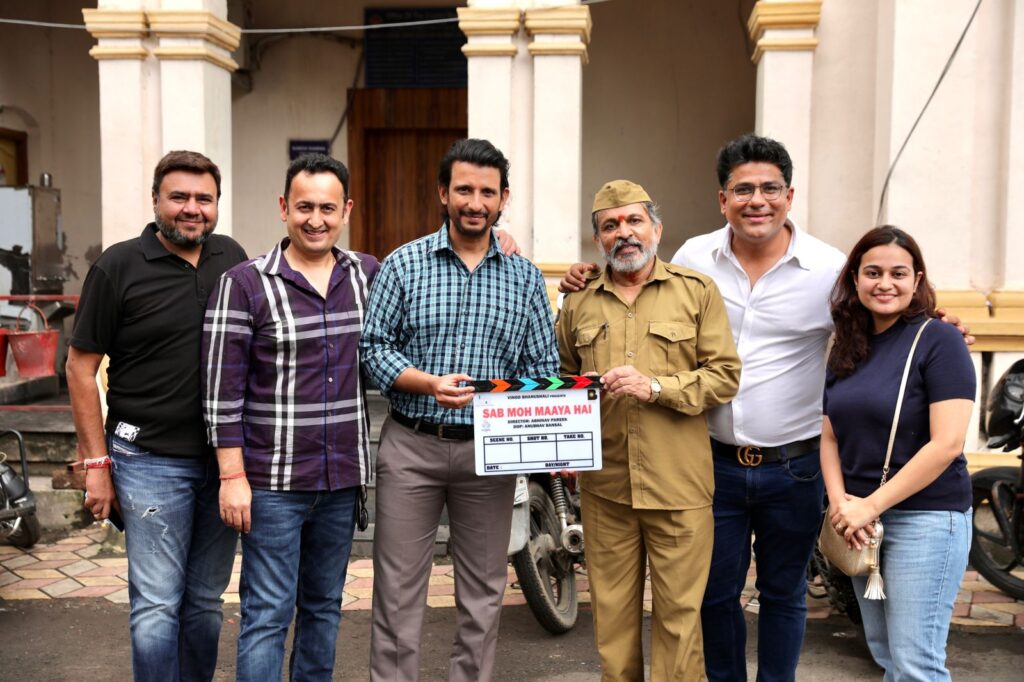 The shoot of the film begins today in Ujjain.

After co-producing several blockbusters like Tanhaji: The Unsung Warrior and Kabir Singh, Vinod Bhanushali launches his production house, Bhanushali Studios Limited. What’s interesting is that he kicks off his new innings as an independent producer with an interesting slice of life human drama – Sab Moh Maaya Hai.

Centering around a father-son relationship featuring the talented Annu Kapoor and versatile Sharman Joshi, the film is helmed by Abhinav Pareek. The actors start shooting today in the quaint town of Ujjain, Madhya Pradesh. Sab Moh Maaya Hai explores diverse stories of unemployment crisis, rituals and traditions with a dose of humour.

Abhinav Pareek is an erstwhile assistant of Anurag Kashyap, having worked with the filmmaker on the short ‘The Day After Every Day’ and ‘Bombay Talkies’ (Murabba).

Excited about his new journey, Vinod Bhanushali says, “Sab Moh Maaya Hai is a very moving story that our cinema loving audience will relate to instantly. The minute I heard the script, I was hooked and knew that these subjects should be addressed and taken to every nook and corner through cinematic storytelling. Annu Kapoor ji and Sharman Joshi are fantastic actors, and their story in the film will resonate with cinegoers. Abhinav as a director addresses the issues in a very contemporary way.”

Vinod Bhanushali’s Bhanushali Studios Limited has an illustrious list of projects in the pipeline and will be seen backing interesting scripts and talented artists.