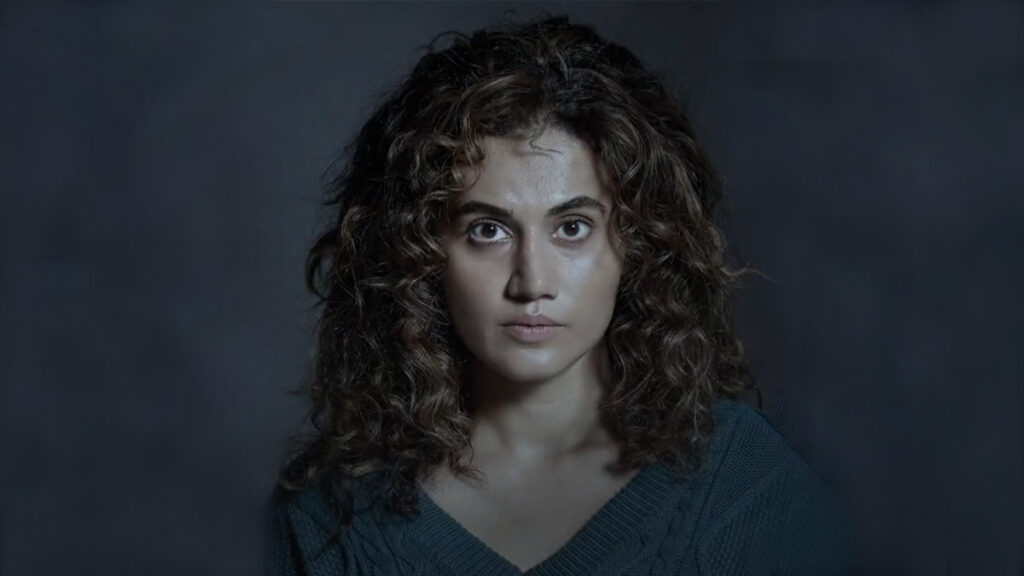 Gayatri visits a beautiful hill station to probe the mystery behind her twin sister Gautami’s suicide. In pursuit of doing so, she starts losing her eyesight gradually. Being hell-bent to find the killer and discover the reason behind her suicide, the encounters some dreadful situations. How will she succeed in her mission while battling her own ordeals? The answer lies in the film.

The film is a remake of the popular Spanish film Julia’s Eyes.
It begins on a mysterious note of Gautami attempting suicide and later her sister Gayatri setting out to unravel the mystery behind the same. As the film progresses, you also witness Taapsee’s husband Neil telling her not to stress, but you also see her being hell-bent on joining the dots.

A suspense thriller that relies on situations and dialogues, and is primarily shot in one location, must engage you enough to sit with rapt attention. Director Ajay Bahl’s outing leaves much to be desired on this front.

The movie becomes monotonous and repetitive quickly, though it picks up pace in the second half when things turn perplexing. The first half is too slow, but the film picks pace in second half albeit with bewildering developments. The climax twist may seem mind-bending only to viewers unfamiliar with the genre, but it does not excite them enough. The turn of events is rather predictable. The tracks, characters, and backstories are not developed enough to be convincing or impactful.

Talking about other technical aspects, even the cinematography, lighting, camera work, visual effects, and technical aspects are perfect for the genre, and play a role in spiking the interest. But it’s the banal dialogues that blow off the steam. Even editing could have been a bit crisp.

When it comes to music, the film has no songs, however, the background score is overall in sync with the mood of the film.

Speaking of performances, without a question, Taapsee Pannu is Blurr’s star. She has often shown that she can bravely carry a film and that’s what she does. She embodies her role to the fullest. Gulshan Devaiah as Gayatri’s husband Neil leaves a mark despite his limited presence. Whereas, Abhilash Thapliyal comes as a surprising element, but underplays his part.

If thrillers are your favorite genre, you might feel a bit deceived by this Taapsee Pannu film.