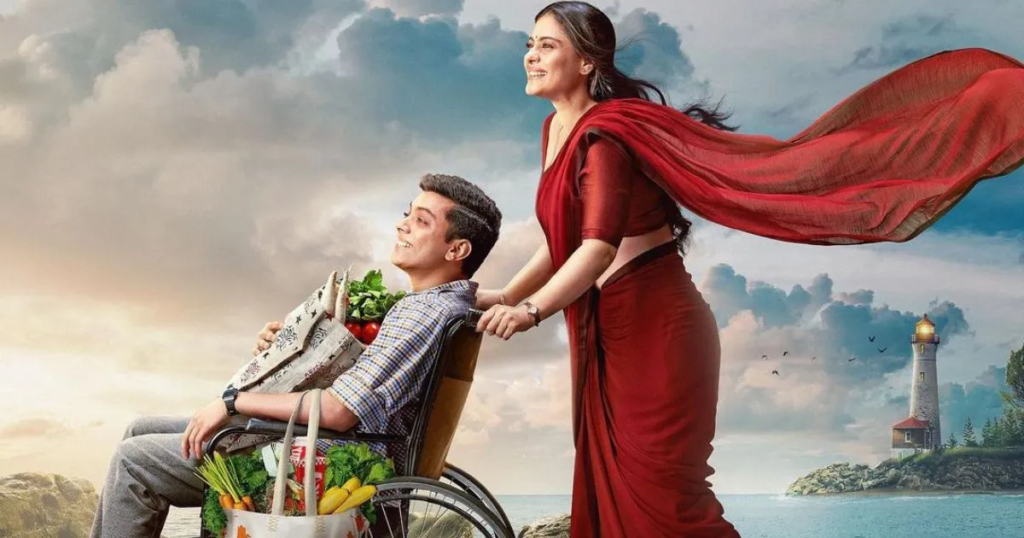 Based on a true story. Venkatesh has Muscular Dystrophy, a degenerative condition that limits his life to 16 years. Venkatesh’s resilience and boundless human spirit overcome the barriers, astounding medical science. He becomes a hero among his peers at the end of his life, at the age of 24. Venkatesh, who wants to give his organs before he dies, defies the authorities and the law and wins a place in everyone’s hearts in just 15 days.

The film opens with a heartbreaking scene in which Sujata (Kajol) is bringing her son Venkatesh [Venky (Vishal)] to the hospital, where his condition is deteriorating.
The youngster has Duchenne muscular dystrophy, a rare illness in which the nerve system of the body eventually fails. Venky has a kind heart and believes in living life to the fullest. “Zindagi lambi nahi badi honi chahiye,” he feels.

The youngster effectively begins a fight for euthanasia. He wants to give his organs in order to save other lives and fulfill his right to die with dignity. The story of the movie is powerful and heart-touching but I believe the movie has been made in a way that conditions you to cry. Seeing a child dying in his mother’s lap is devastating but Revathi has failed to put the proper portrayal of the story.

It lacks the necessary build-up and emotional context. Although the subject is compelling, the manner in which it is presented is underwhelming.

In terms of star performances, Vishal does well in the film. Despite the fact that the sequences need a lot of passion, he goes overboard there, yet he does give justice to Venky.

Moving on to Kajol, her character is one of the film’s main characters, and she plays one of the leading parts. It is upsetting to admit that Kajol does not do the part justice. Although she acts effectively throughout the film, when a situation calls for powerful emotions, she chooses to yell rather than work on them.

Aamir’s appearance in the film is delightful, but it leaves the viewers with many unresolved issues, which again comes as a setback. Aside from that, the film’s supporting cast contributes significantly to the film’s overall appearance.

Moving on to the film’s songs, there are a few of them that are nice but don’t stick with you for long. The film’s background score gets a thumbs up for being good enough to set the tone.

When it comes to technical aspects, this film needs tighter editing and more effort in screenplay execution. Otherwise, the camera work is satisfactory. Overall, it appears that the film’s heart (writing) is in the right place, but other parts are dispersed and must be arranged properly in order for this movie to work.

A great tale has been adopted but poorly handled. It may be a one-time watch, but there is no harm in skipping it.