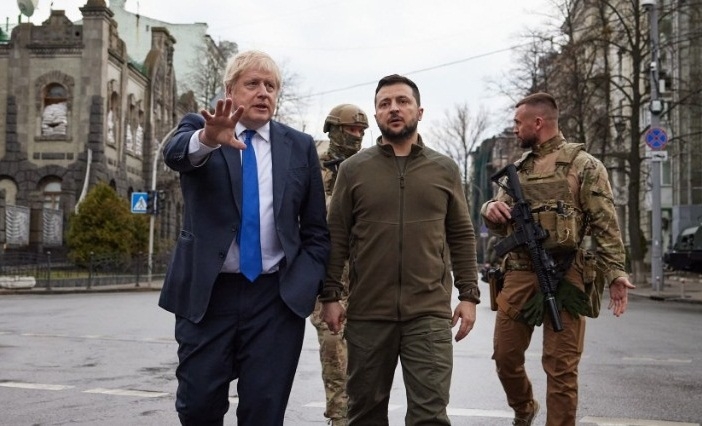 The two sides talked about the situation on the battlefield and the blocked city of Mariupol in eastern Ukraine, Zelensky said on Twitter, adding necessary diplomatic efforts to achieve peace was another topic of the conversation.