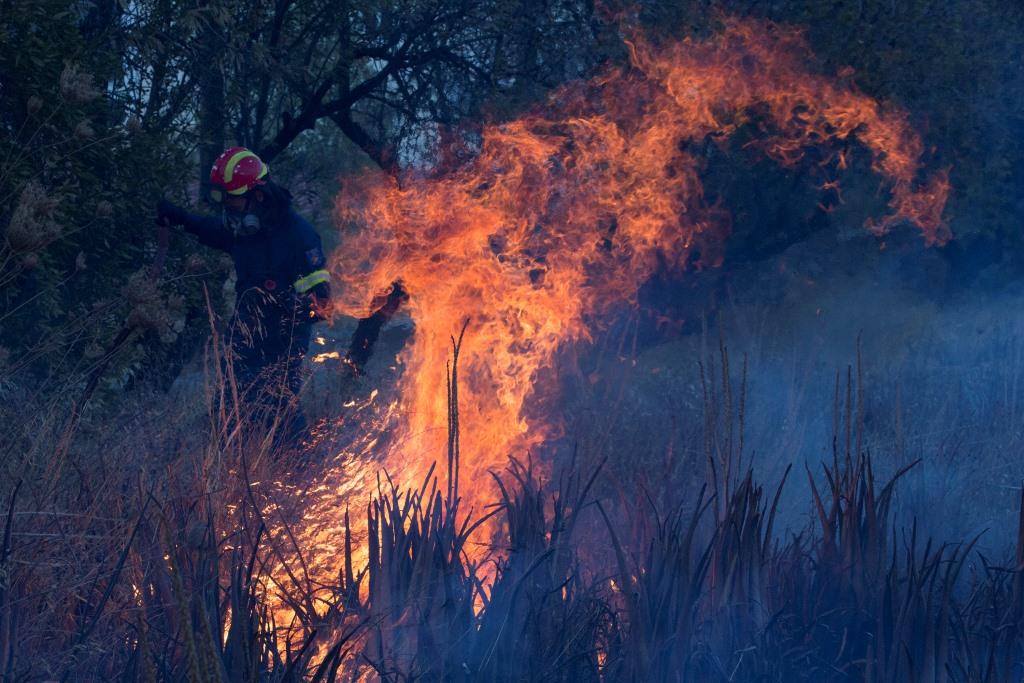 Athens, At least 16 people were injured and dozens of houses destroyed as a forest fire ripped through Greece’s Achaea region, according to authorities.

The fire, which broke out near Patras located west of the capital Athens on July 31, spread rapidly due to strong winds and reached coastal areas within a few hours, reports Xinhua news agency.

The injured were transferred to hospitals due to respiratory problems, while people in nearby villages were told to evacuate, the authorities said.

A total of 290 firefighters and 77 trucks, assisted by eight planes and helicopters, were dispatched to extinguish the fire, the Fire Service said.

Fifty-six wildfires had broken out in Greece since July 30, aided by a combination of dry weather, a heatwave and strong winds.

Most of the fires were put out early on, Citizen Protection Minister Michalis Chrysochoidis said.

Authorities warned that the heatwave currently scorching Greece could fuel wildfires throughout the country.

According to meteorologists, the heatwave is expected to peak Monday, with temperatures ranging from 42 to 46 degrees Celsius, and could last until at least Friday.